You are here: Home / UFC / Who is UFC Zabit Magomedsharipov’s Girlfriend?

Zabit Magomedsharipov -the Russian UFC fighter competing in the Featherweight division, appears to be a single fella.

Ahead of his fight with American Calvin Kattar, the 28-year-old is currently the No. 5 ranked fighter at 145 pounds. Known by the nickname ‘ZaBeast’ he’s won multiple Performance of the Night Awards through the Ultimate Fighting Championship.

Born Zabit Akhmedovich Magomedsharipov on March 1st 1991; in Khasavyurt, Dagestan ASSR, Russian SFSR, Soviet Union -began training in freestyle wrestling at the age of ten. At the age of 12 he joined the boarding school “Pyat Storon Sveta” that specializes in Eastern fighting styles and techniques. In this school Zabit chosen wushu-sanda as his main fighting style. He is a wushu-sanda champion. 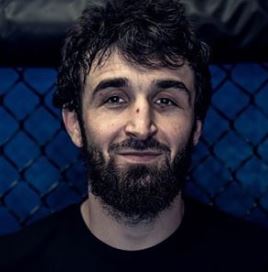 Following his sucess in the European Wushu-Sanda Championship, he decided to try MMA and focused in other disciplines too: combat sambo, hand-to-hand combat, and complex fighting. He made his Mixed Martial Arts professional debut in 2012. Since then, he’s won several fights, championships, and awards including the Absolute Championship Berkut ACB Featherweight Championship as well as for being the overall Absolute Championship Bekrut Grand Prix winner.

In May 2017 Magomedsharipov signed a contract with the Ultimate Fighting Championship.
His first UFC fight was held on September 2, 2017, at UFC Fight Night 115.
Magomedsharipov, who is 5-0 in the UFC with three stoppage victories, has a career record of 17-1. In addition, Magomedsharipov has the highest takedown accuracy among active UFC featherweights.
However, it seems Zabit is mostly focused on his career and judging from his social media where he has over a million followers -he appears to be currently single. He does strike as a good catch as he appears to be gentle and friendly even with kids -on social media photos- despite his mean takedown. Plus anybody will feel safe dating this guy, right!