You are here: Home / UFC / Who is UFC Desmond Green’s Baby Mama?

Desmond Green, is an MMA fighter best known for his participation is the UFC and Bellator Worlds. The New York native has been active since 2011 and has starred in over 30 bouts.

Green who competes in the light weight division has won over 20 of his fights, at least six of them by submission. He’s also been on the other side loosing at least 8 of them.
Born October 11, 1989; the 29-year-old began to take an interest in UFC in his teens. Green became a state champion at 140-pounds in 2007, during his senior year at Rush-Henrietta. 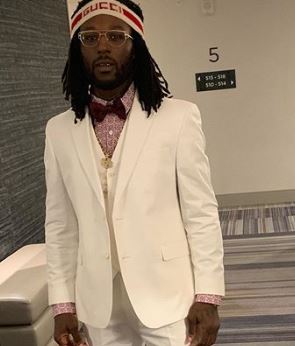 He attended State University of New York at Buffalo from where he graduated with a degree in health and human services and advanced to three NCAA Wrestling Championships. While in college he simultaneously trained to make a living in mixed martial arts.

The 155-pound lightweight Green, was signed by the UFC two years ago after beginning his climb to this point almost seven years ago in Ithaca. Green said, after about two years in Ithaca, he was encouraged to move on to a higher-profile gym. He ended up in Montreal, stayed in Canada for a year, before finding his way to Florida, where he currently resides.
But things weren’t always as glamorous, previous jobs include working as a janitor at the Boca Raton Country Club.
A few of Green’s fights early in his career, pre-UFC, were in New England Patriots territory, mostly in Maine and Massachusetts. He also has ended up in New Jersey for more than one bout, plus Philadelphia, Florida, Missouri, Alabama, the state of Washington, Utah and Utica in Oneida County.
He made his UFC-debut was in Buffalo.

In addition to his career, Desmond Green is also a father of four children. Not much more is known about the mother of his kids or if his children are from multiple women. There’s also no word on his current status however, he seems to be single judging from his social media.
Green who goes by The Predator, may have to wait for his next fight. He is currently being charged with DUI and manslaughter after he allegedly caused a 5-car crash that killed 2 women back in August.