Averi Woodley is the **** and supportive personal trainer wife of UFC Welterweight Champion of the World, Tyron Woodley a.k.a “The Chosen One.”

Averi’s hubby was born Tyron Lanket Woodley on April 17, 1982. The Ferguson, Missouri native was born eleventh of the thirteen children of Sylvester and Deborah Woodley.

During high school Tyron earned football and wrestling honors. He received offers from a number of Universities and chose to help rebuild the Mizzou wrestling team. He graduated from Mizzou in 2005, the business major also holds a Masters in Public Administration with an a focus on Non Profit.

He began his amateur career after winning a local gym’s amateur fight while he worked as a College wrestling coach. As an amateur fighter he went 7-0 Amateur MMA, 48-0 high school state champ in wrestling, two-time high school All-American, Big-12 champ, two-time D-I college All-American, over 100 college victories. According to his UFC page, Woodley is a Brown Belt in Brazilian jiu-jitsu.

He began fighting professionally in 2009. He won the UFC welterweight title by scoring a first-round knockout over dominant champion Robbie Lawler at UFC 201 in Atlanta on July 30, 2016. On his way to the title, Woodley won five of his seven UFC fights. Prior to the UFC, Woodley competed in Strikeforce, where he won eight fights in a row before losing a closely fought title fight against Nate Marquardt.

Since then, he’s also branched out as an actor, stuntman, Fox Sports 1 Analyst and Morning Wood Show Host.

Aside from his big profile as a fighter, Woodley is also a married man. Meet Mrs. Woodley below. 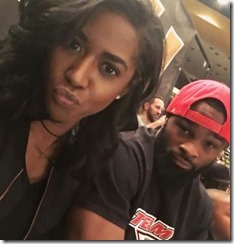 Averi Woodley is originally from St. Louis Missouri. She attended Michigan State University –where she majored in Sociology, and received her master’s Degree in Public Administration from Southern Illinois University. 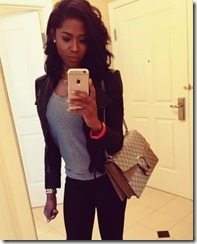 She is currently a co-owner and fitness trainer at ATT Evolution and previously worked as an educator for University City School District.

But the **** wife and mother of four wasn’t always happy with the way she looked! After gaining significant weight with her first baby she decided to make fitness a part of her life.

As a result she is also the founder of “Bad Bish Boot Camp” –a program designed to help women back to a healthy lifestyle.