Wow, this UFC girlfriend is quite the stunner

Born on June 25, 1977; the Ukranian native has defeated several MMA fighters throughout his career including Travis Browne, Anthony Hamilton, and Jeff Monson.
Alexey also spelled out Aleksei Oleinik, who competes in the heavyweight division -specializes in jujitsuka, combat sambist, and grappler.

He first began representing his country on the Imperial Team in the M-1 Challenge over a decade ago. He next trained with K-Dojo Warrior Tribe where he participated in two grappling tournaments. In 2013, he signed a contract with the UFC and made his debut in 2014.

He and wife Tatyana Oleynik are the proud parents -of five children. The couple met in 2007 and have been married for several years. 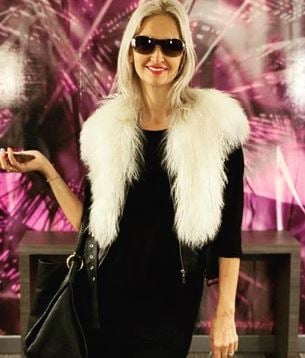 Tatyana Oleynik was born Tatyana Maslova on April 10, 1974 in Moscow. But don’t be fooled by her glamorous looks; growing up in the Soviet Union she practiced a number of sports including volleyball, basketball and rowing. During an interview she revealed she actually practiced judo before suffering a serious spinal injury. After the injury, she did not do any sports until she met Alexei.
She then became active in fitness and swimming, in fact, she has a brown belt in Brazilian Jiu-Jitsu.

According to her social media, Tatyana Oleynik is listed as having attended Kostroma State University and working in the film industry. The lovely wag and mother of five -has done some modeling. In addition of being responsible for the whole household, Tatyana Oleynik is also behind communication with trainers, advertisers, athletes and other employees.

For her birthday in 2019, her man wrote on social media “My favorite miracle Татьяна Olejnik, given to me by the Lord many years ago, happy birthday to you!! Thank you for being there always and in everything! Love you!!! ???
Happy Birthday my Love”

Looking for more of the loves and lives of the UFC’s Hottest Wives and Girlfriends? We’ve got you covered in our roundup of the most popular reader posts here