Rebecca Dillashaw is the lovely and supportive wife of MMA fighter T.J. Dillashaw. Her 30-year-old hubby is currently #15 pound-for-pound in official UFC rankings. Keep reading and find out more about the lovely woman behind Dillashaw.

T.J is a former high school and college wrestler, he attended Bret Harte High School where he also played on the football team for his 2002-2003 junior year.

While at USC he competed successfully for the Titans wrestling program. T.J eventually graduated from Cal State Fullerton and was invited during his senior year to join Reign Training Center pro fighter class by Fullerton’s coach, Mark Munoz.

Dillashaw made his professional debut against fellow pro debutee, Czar Sklavos in 2010.

Dillashaw picked up two more wins to move his record to a perfect 4–0 before trying out for the fourteenth season of The Ultimate Fighter.

In 2011, Dillashaw signed with the Ultimate Fighting Championship to compete on The Ultimate Fighter: Team Bisping vs. Team Miller –eventually making his official UFC debut on December 3, 2011.

In 2014 he became the UFC Bantamweight Champion of the World after defeating Renan Barao. Dillashaw ultimately dropped the title to Dominick Cruz this past January.

Dillashaw is currently slated to fight top contender John Lineker in a bantamweight title eliminator on Dec. 30 at UFC 207. However, T.J.’s frustration with UFC has been wifely reported. He recently joined the Mixed Martial Arts Athletes Association (MMAAA), the latest effort to bring fighters together under one common cause and even the playing field between the UFC and its athletes.

Let’s get to the best part of being T.J., his smoking wife, Rebecca Dillashaw. 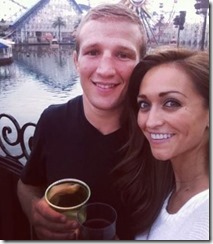 Rebecca Dillashaw was born Rebecca Pappe Reynoso. She and her husband have been married for a couple of years.

She is the daughter of Anthony and Pappe Reynoso. She was raised along with one brother, Adrian in Angels Camp, California. She is a graduate from California State University-Fullerton and Sonoma State University –where we assume she met T.J.

She holds a Bachelor of Arts, Visual Communication while T.J. graduated with a degree in Kinesiology.

According to her LinkedIn profile, lovely Rebecca worked at MTV as a story logger. She later worked as a business coordinator for Sactown Magazine. She is currently listed as the Director of Operations at TJ Dillashaw Inc.

Rebecca and TJ tied the knot in Mexico in June 2014.

The couple owns dogs, Honeybunny and Cash –whom have their own Instagram page.

Don’t you think Rebecca and her hunky husband make for one of the hottest couples in UFC? 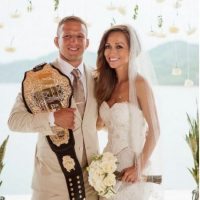 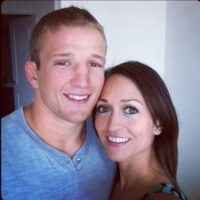 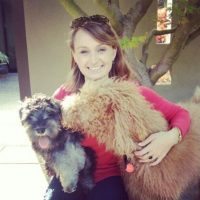 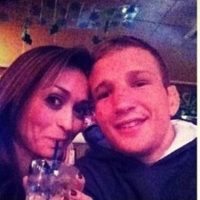 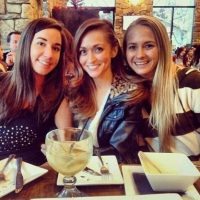 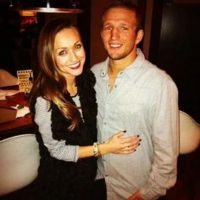 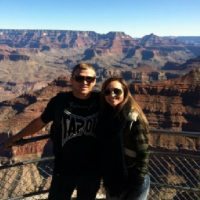