Olivia Lamas is the loving and supportive wife of UFC fighter, Ricardo Lamas –set to fight on UFC 140.

Olivia’s man was born Ricardo Alejandro Lamas on May 21, 1982; the Chicago, Illinois native is the son of a Cuban father and a Mexican mother. He attended Elmhurst College, where he was a Division III All-American on the wrestling team. Ricardo graduated in 2005 with a degree in exercise science.

Following graduation, he still had the desire to compete so he decided to go pro. Prior to the UFC, he worked as a personal trainer and fight coach.

Lamas, also known as The Bully, competes in the featherweight and lightweight divisions. He made his professional debut on January 25, 2008, winning by submission against Jake Corry. He made his UFC debut on June 26, 2011, beating Matt Grice via TKO. 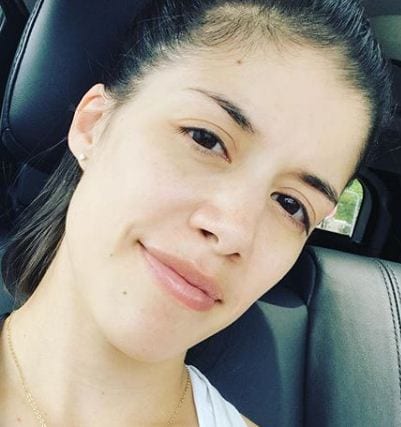 His titles according to his UFC page include, Lightweight title of the International Sports Combative Association (ISCF), honors in the All-American Third Division fight at 157 pounds. Twice champion and classified CCIW at 157 pounds. He was also named “Outstanding Fighter” by CCIW during the 2003-2004 season.

Lamas is happily married to wife, Olivia Lamas. Together, they are the proud parents of two small children.

Olivia Lamas first gave birth to a son whom the couple named, Abel. Ricardo and Olivia welcomed daughter, Camila Trinidad earlier this year. Though not much is known about the UFC wife and mom, Olivia Lamas calls herself a ‘yogi’ on Instagram; like her man, she also enjoys keeping fit.

And with two small kids at home, we can imagine the pretty brunette keeps busy caring for them while staying a supportive wife to her man.