Mikhala’s beau did the impossible by defeating Alexander Gustafsson at UFC Stockholm. Smith was born July 26, 1988; the Texas native who grew up in Nebraska -competes in the Ultimate Fighting Championship light heavyweight division. Smith known as a ‘Lionheart’ has been a pro since 2008. He formerly competed for Strikeforce and Bellator. He made his return to the UFC in 2016.

The 30-year-old is currently engaged to the lovely Mikhala Newman. Meet her below. 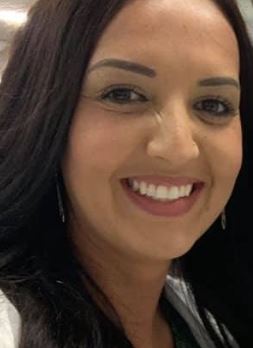 #1 She was a college athlete

Mikhala Renee Newman was born on April 13, 1988, in Nebraska. She attended Lutheran Liberal Arts University in Fremont, Nebraska, where Mikhala was a member of the volleyball team.

#2 She is a career woman

The brunette isn’t only a pretty face, when not caring for her family, she is busy doing her own thing. Mikhala Newman is a certified nurse.

The couple are the proud parents of three daughters. Mikhala gave birth to their first child Ariah in November 2011; their second daughter Avaya, came in 2014 and last but not least Adley Joy, arrived on June 14, 2017.

Anthony and Mikhala are engaged. According to The Knot, the couple is getting hitched on September 20, 2019, at Stonebridge Christian Church in Omaha, Nebraska.

#5 She is supportive of her man

Though Mikhala isn’t very active on social media, she can be found on her man’s Instagram often having a god time with the entire family.