Lindsay’s hubby is a former professional kickboxer. He is currently competing in the UFC’s lightweight and welterweight divisions.

Since becoming a pro in the early 2000’s he’s received multiple Fight of the Night honors in the UFC. He is well remembered for his 2009 decision loss against Benson Henderson in the WEC, which was rated Fight of the Year by Sports Illustrated. Since then, he’s kept busy bringing his post-fight award total to 16 in 2018.

He is currently ranked #4 in the official UFC lightweight rankings.

Cerrone has been in a relationship with the **** Lindsay Sheffield for about ten-years and though is not clear if they are actually married, the 36-year-old fighter refers to her as his wife. 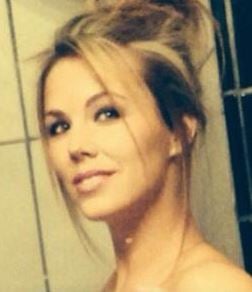 Lindsay Cerrone enjoys doing her own thing and though she is her man’s biggest fan she also happens to be a Registered Nurse (RN) at Lovelace Health System. These days she probably keeps busy caring for the couple’s young child.

She is the mother of the couple’s son Dacson Danger Cerrone. Lindsay gave birth to son Dacson on June 29, 2018.

“Happy Big 35 to my Wife and Adventure seeking partner in crime. We have been all over the world, hard times and great ones. Your still the one I Love more then myself. And Giving me Our Son was the best thing to ever happen to me. I love you MaMa Bear”

Though he is tough on the ring, is clear Donald’s soft spot is his wife and son.