Izabella Santiago is the studding wife of Brazilian UFC fighter, Marlon Moraes who is up against Henry Cejudo in the upcoming UFC 238.

His 2013 knockout of Tyson Nam was named the World Series of Fighting’s Knockout of the Year. He began competing as a bantamweight in the Ultimate Fighting Championship in 2017. That same year he defeated Aljamain Sterling via knockout.

He was previously a Bantamweight Champion in the World Series of Fighting. He and Henry Cejudo will face each other for a bantamweight title that was vacated in the wake of T.J. Dillashaw’s USADA bust.

In addition to his career, the 31-year-old is a happily married to Izabella Santiago. 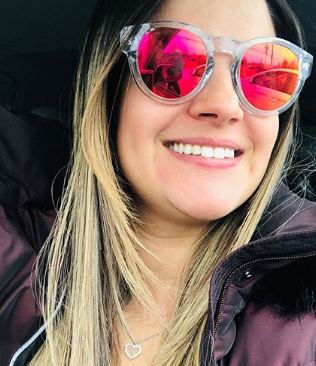 Izabella Santiago was born September 18th; she is originally from Nova Friburgo, a city in Brazil. She has a brother named Bruno Santiago.

According to social media Izabella who is nurse, graduated high school from Colégio Nossa Senhora das Dores and attended University Estácio de Sá where she obtained her nursing degree.

Izabella is surely a proud UFC Wag; she is her hubby’s biggest fan and is always on site when her man’s is on the ring. The two have been together for at least 12-years.

Izabella Santiago is also the mother of the couple’s two adorable children sons, Rafael and Ryan. She gave birth to son Ryan in November of 2018. Their first child, Rafael is four-years-old.

Izabella is one of those Wags who keeps active on social media, she often posts about her family and lifestyle. She is a vegan.