You are here: Home / UFC / Who is Henry Cejudo’s Girlfriend?

Henry Cejudo is the new UFC’s world flyweight champion as he managed to steal the belt from Demetrious Johnson over the weekend.

At 21, Cejudo was described as America’s wrestling prodigy. He was raised in South Central Los Angeles until he was 4, when his mother, Nelly Rico, moved the family to New Mexico to get away from his father, Jorge Cejudo, who was about to be released from prison. His mother moved the family to Phoenix when Henry was 7. 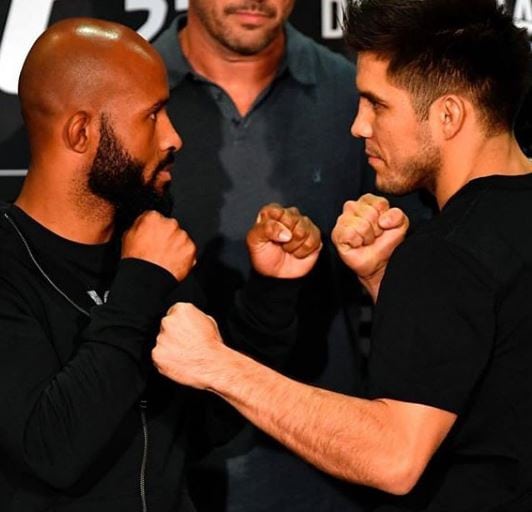 He enrolled at Colorado High School and as a senior became the first high school athlete to win U.S. Nationals. He became a two-time Colorado high school wrestling champion. He went onto win a gold medal at the 2008 Summer Olympics in Beijing –becoming the youngest American to ever become an Olympic champion in freestyle wrestling.

Cejudo began training in mixed martial arts five years ago, but on Saturday he looked like a veteran giving his best to Johnson –widely considered the pound-for-pound best in MMA.

It is safe to say, Cejudo has come a long way since his wrestling days and though he is described as being family oriented the 5 ft 4 in fighter is yet to start a family of his own.

It is not clear if Henry Cejudo is currently in a committed relationship with a lucky lady, and though it doesn’t look like he is, with professional athletes you can never tell. If there is a special someone in his life he is definitely keeping her out of the radar for the time being. Cejudo is pretty active on social media and often shares photos with his family.