You are here: Home / UFC / Who is Geoff Neal girlfriend?

Geoff Neal ‘Hanz of Steel’ –is the latest UFC hero, the 28-year-old scored one of the best knockouts of the year.

Neal delivered a rocking head kick at UFC 228 on Saturday in Dallas while fighting against Frank Camacho.

Neal and Frank Camacho squared off in a welterweight bout. Just 1:23 into the second round of the fight, Neal got everyone in the American Airlines Center out of their seats with this brutal head kick that connected perfectly to Camacho’s chin on the right side.

Neal was born August 28, 1990; he began fighting in March of 2010, because “I’ve always loved martial arts and I never could pursue that because of football”

He is a blue belt in BJJ and has two amateur titles. According to his UFC page, the 5′ 11″ – 170 lb fighter, attended Texas Lutheran University but didn’t finish. He has been fighting professionally since 2012 and worked previously as a server/bartender. 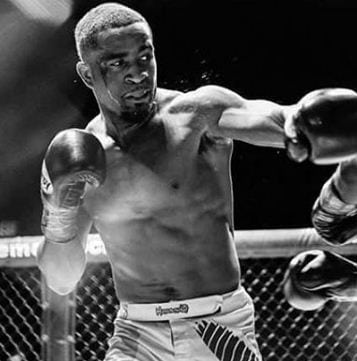 In addition to his latest win over Camacho, Neal Geoff has under his belt, six wins by KO and two by submission. The Austin, Texas native has a total of 10 bouts and has won nine of his last ten.

He was given his nickname by training partner, Travis Moore –because Neal won most of his fights by KO or TKO.

Geoff is surely enjoying his well-deserved glory moment and though it would be nice to have someone to share his dream, it appears that the UFC risings star is currently single. There are no signs of any special ladies in his life for the time being, however that could change as his fame keeps on growing.