Emily’s hubby has been a professional fighter since 2010. Born Aoutneil Magny on August 3, 1987; the New York native won his first pro bout by kimura at a small regional show in Oklahoma.

Magny started training in MMA when he was 17 years old. According to his UFC bio, he entered the gymnasium of Miguel Torres, saw those guys train and realized what he wanted to do. He began taking some Brazilian jiu-jitsu classes and eventually moved on to kickboxing classes as well.

He made his UFC debut February 23, 2013 at UFC 157, winning a decision over Jon Manley, later taking a decision against Gasan Umalatov at UFC 169. You may also recognize him from his TV apparition as a former cast member of “The Ultimate Fighter: Team Carwin vs. Team Nelson.” 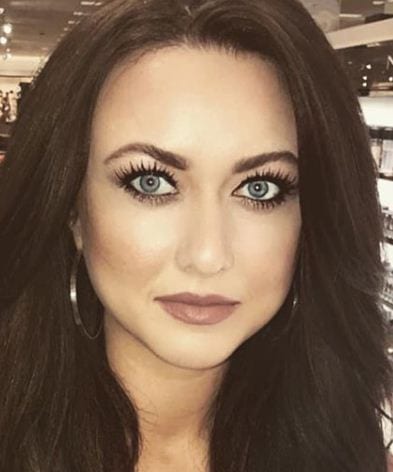 In addition to his fighting career, Neil attended the University of Southern Illinois Edwadsville and holds a degree in Criminal Law. He also spent seven years in the Army.

Neil became a married man earlier this year. He and Emily Magny tied the knot on July 12. The two have tried to keep things out of the public eye, however we do know a few things about his gorgeous wife.

Emily Magny was born Emily Rae Steiner and she is a hairdresser. She runs her own salon ‘Emily of Johan Hair Studio’ –located in Palmer Lake, Colorado.

Emily was trained through the Toni & Guy Hairdressing Academy. Her specialties include bridal and special occasion hair and makeup.

Is not clear how long they dated prior to their nuptials and it looks like they do not have any children yet.