Destiny’s hubby had a nearly six-year reign as the UFC flyweight champion, however things came crashing down for the 31-year-old following his bout with Henry Cejudo over the weekend.

Born, August 13, 1986 in Madisonville, KY; Johnson was a state championship competitor for track and wrestling while attending Washington High School.

In 2012, he was named the Breakthrough Fighter of the Year by Inside MMA. That same year he earned his #1 worldwide ranking as UFC’s first-ever Flyweight Champ.

Johnson is happily married to wife of six-years, Destiny Bartels now Destiny Johnson. The two tied the knot in Hawaii back in 2012.

Demetrious has credited his gorgeous wife with helping him move on from his past. He never met his biological father and was raised by an abusive stepfather.

Destiny is a really cool UFC wife, she definitely understands the demands of being married to a professional athlete. She keeps things entertained even calling herself on social media ‘mighty wife’ 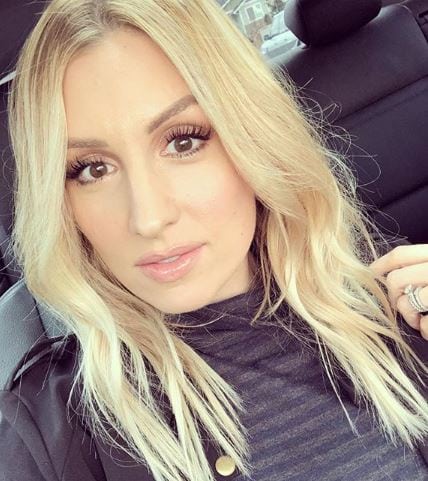 The nickname definitely suits her not only because she is married to mighty mouse but also because she’s a badass herself. Destiny is an avid gym goer and has been lifting weights while pregnant, not many women can say that.

The stunning blonde is currently expecting the couple’s third child together, a baby girl. The two are already proud parents to two boys, 5-year-old Tyron and 3-year-old Maverick.

Bartels met her future hubby while both worked at a Red Lobster and way before he made a name for himself in the industry. They have been together since Johnson’s second amateur fight.

The UFC wife and mom attended Pierce College at Fort Steilacoom, in Washington State. According to her LinkedIn, she is a K8 Registration Specialist and works with Washington Virtual Academy.