You are here: Home / UFC / Who is Cindy Dandois‘ ex-boyfriend?

Cindy Dandois, whom you know as a badass female MMA fighter -was just assualted by her ex-boyfriend.

Cindy ended up in the hospital with a broken nose and facial lacerations following an alleged assault from her ex-boyfriend outside her home in Deurne, Antwerp, Belgium.
According to mmamania, the veteran mixed martial arts (MMA), had to receive at least seven stitches and was left with a permanent scar across her face.
The 35-year-old had to cancel her upcoming fight against Eleni Mytilinaki at Cage Survivor 14 in Athens, Greece.

Dandois revealed it was all the doing of a raging ex, saying “An ex of mine couldn’t believe we were apart and I just wanted to go through life as friends,” “He had been threatening me for a while, but I didn’t take those threats seriously – until he stood at my door.” 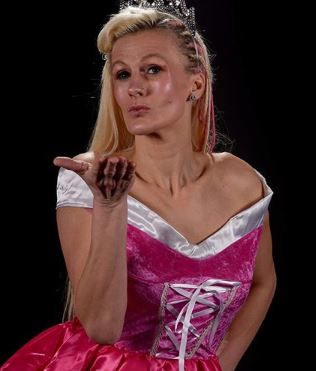 Born October 26, 1984; the Belgian mixed martial artist is known for competing in the Featherweight division in Invicta.
Cindy Dandois, competed for Ultimate Fighting Championship (UFC) back in early 2017. She holds a professional record of 14-5 with 11 finishes.

Dandios made her professional MMA debut in 2009, defeating Marloes Coenen. Over the next couple of years Cindy Dandios would defeat the likes of world class kickboxer Jorina Baars.
In addition to UFC, Cindy ‘Battlecat’ Dandois has competed for Bellator MMA, RIZIN FF, and Invicta FC, among others.
She is currently ranked #19, Current Best Female Featherweight.

In contrast, the blonde happens to be a high school teacher and mother of four children. However, there is no word on her baby daddy or who is the ex-boyfriend that sent her to the hospital. According to Fabwags, the fighter and proud mother of four, used to be in a relationship with fellow fighter Gegard Mousasi, a few years ago.