Arnold Berdon is the MMA fighter husband of fellow fighter, Rachael Ostovich who competes in the Flyweight division of UFC.

Rachael and her husband are not in the best of terms as reports say Ostovich has filed a restraining order against him. The 27-year-old raising star is said to have suffered head injuries at the hands of Berdon. According to TMZ, Rachael was hospitalized with a broken orbital bone along with other injuries after an incident in Hawaii. 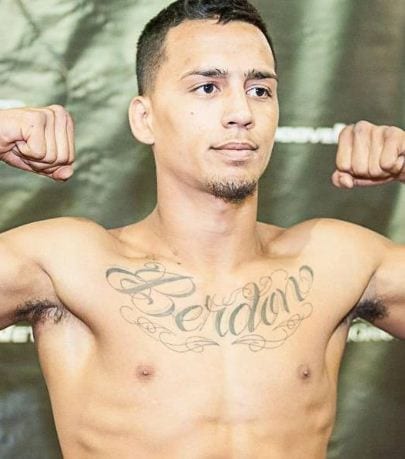 #1 Berdon is also a pro fighter

#2 He won his last fight

Berdon’s last fight was back in June — a unanimous decision victory over Jeremias Fernandez.

#3 He is being blamed for Ostovich injuries

According to reports, Berdon is planning to argue that he was attacked first and that he was only trying to defend himself. As a result of the altercation, Rachael has decided to withdraw from her upcoming fight against Paige VanZant.

#4 They have been married for 2 years

The once happy couple became official husband and wife on April 4, 2016. It  is not exactly clear when the couple tied the knot.

#5 Arnold Berdon is a father

Ostovich and Berdon had their daughter long before they were married. They are the proud parents of a young girl named Ruby Rose.

Berdon quickly rise to notoriety in the Hawaiian fight scene after two years of amateur fights. He went pro in 2014 and racked up an impressive 6-1 record, leading him to his first title opportunity of his career.