Nina Ansaroff is the partner of Brazilian MMA fighter, Amanda Nunes. Nina who is also a professional fighter has been dating Amanda for a while. Keep reading to know more about Nina Ansaroff.

Before we get to Nina, let’s do a quick recap on her badass girlfriend. Amanda Lourenço Nunes was born May 30, 1988. The Brazilian born known as The Lioness, is the current UFC Women’s Bantamweight Champion and the first gay UFC champ.

She currently resides in Miami but she previously lived and trained in New Jersey. She has competed in the 135- and 145-pound weight divisions. Nunes made her MMA debut on March 8, 2008 at Prime MMA Championship 2 at 19.

Accoridng to her UFC page, Amanda left her Physical Education studies to pursue her fighting career full time, that’s when she made the move to the U.S.

It’s clear to see Amanda’s biggest fan and supporter is hot girlfriend, Nina Ansaroff –who will surely be cheering on her girlfriend as she faces, Ronda Rousey at UFC 207. 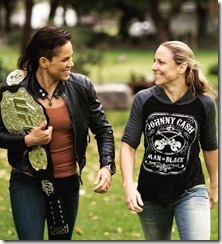 Is believed they have been dating for a while, judging by their social media photos, they are both into training hard at the gym and hanging out with friends.

Nina a Florida native, currently competes in the Women’s Strawweight division of the Ultimate Fighting Championship. The blonde has an interesting story.

She was born in Weston, FL on December 3, 1985. Known by her nickname, Nina ‘The Strina’ she has been a pro since 2010. She began taekwondo training at age six but became interested in MMA until 2008.

Nina wouldn’t be a fighter if it wasn’t for a motorcycle accident. She studied Psychology after earning her Associates degree in science. She worked in a bank and was also a part time nanny.

She began training after suffering a motorcycle accident in order to shed a few pounds. She gained a 3rd degree black belt in taekwondo. Purple belt in BJJ.

The gay couple is currently based in Florida. 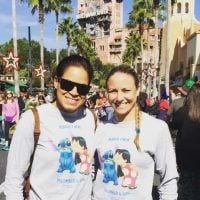 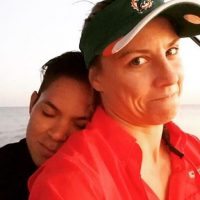 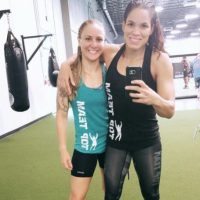 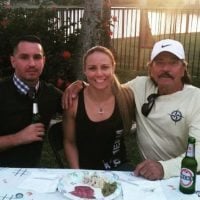 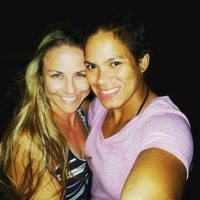 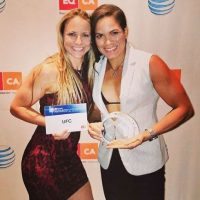 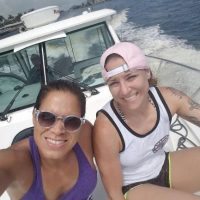