You are here: Home / TENNIS / Who is Coco Vandeweghe’s Boyfriend?

Coco Vandeweghe, the pro tennis player has been making heads turn in the tennis world since becoming the Junior US Open champion in 2008.

Coco was born on December 6, 1991 and her name alone gets people’s attention.

She previously enjoyed plenty of success on the junior level, Vandeweghe made her first WTA appearance in 2006 when she was only 15 years old. Although her first Tour victory didn’t come until 2008.

Since turning pro in 2008, miss Vandeweghe has won two WTA titles. In 2010, she reached the quarters at the Mercury Insurance Open and the Toray Pan Pacific Open. In 2012, she had her first top-100 season, making the final at Stanford before falling to Serena Williams.

The NY native won her first WTA title at the 2014 Topshelf Open in Rosmalen, Netherlands.

The blonde is a known face for her aggressive play. She is said to have one of the strongest serves on the WTA tour and has been ranked as one of the top five female singles players in the United States.

She won her second WTA title at the 2016 Ricoh Open. 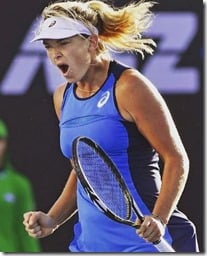 Question is, is Coco enjoying the single life or is she head over heals about a certain somebody? 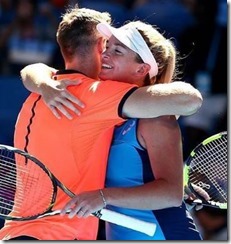 Our best guess is that the blonde is currently single. Besides, there’s nothing wrong with putting all of her effort into the game.

Besides she has some big shoes to fill in. Coco’s mother is considered as one of the top 50 athletes in California history.

She is one of two children born to Tauna Vandeweghe who swam for USA at the 1976 Olympics. But her mother is not the only athlete in the family.

Coco’s grandfather Ernest was a NY Knick and team doctor to the Los Angeles Lakers. While her uncle Kiki is a former NCAA and NBA All Star, GM and Coach.

Coco has an older brother named, Beau –with whom she began playing tennis at age 11.

Her father’s name is Robert Mullarkey, however her mother divorced him and re-married current husband, Michael O’Shea.