Billy McKeague is a golf instructor based in Hawaii. That’s where the couple met in 2015. The two are currently in the midst of a nasty custody battle for their child after splitting last month. Reason why, Victoria who was the top-ranked player in the world earlier this year will not be appearing at the U.S Open.

The Belarrusian tennis star was born Victória Fyódorovna Azárenka on July 31, 1989. She turned pro in 2003. According to her WTA profile, Azarenka has earned $28.4 million in her pro career.

Azarenka was the top-ranked women’s tennis player in the world in early 2012. That year she won her first Australian Open championship. She repeated at the Australian Open in 2013.

During the 2012 London Olympic Games, she won the gold medal in Mixed Doubles and bronze in Singles. She has also won two Grand Slam Mixed Doubles titles (2008 French Open and 2007 US Open).

She ended her 2016 season early due to injuries that forced her to withdraw from the French Open and Wimbledon. In July 2016 she announced her pregnancy via Twitter and gave birth to son, Leo on December 20th, 2016. 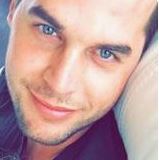 Billy McKeague is a St. Louis native. He attended Chaminade College Preparatory School in St. Louis –where he played hockey. 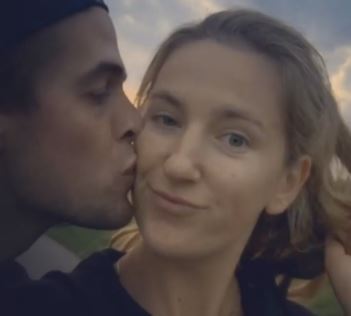 He later enrolled at the University of Missouri –where he was also a member of the Hockey team. According to his Elite Hockey profile, he played for three seasons. The last one in 2012.

He is the son of investment banker, Chase McKeague –who leads the investment group Chase and Company. His mother’s name is Lynn McKeague and he has two siblings, Lisa and Charlie.

It is believed at one point during his hockey career, he switched to golf. In fact, some outlets note, that’s how the two met. At the time he worked as a golf instructor at golf resorts on the North Shore and Victoria was on vacation in Hawaii.

Following the birth of their child, the former couple moved in together at Azarenka’s home in Manhattan. During happy times, the tennis player told the Times Billy was a ‘very affectionate’ with Leo; adding he was willing to sacrifice time away from his family so she could be done with playing tennis.

You can check out Billy McKeague on Twitter here.