You are here: Home / TENNIS / Venus Williams’s List of Boyfriends

Venus Williams the oldest part of the Williams sisters and who is currently ranked world number 17 in singles, is apparently still looking for love.

Born June 17, 1980; Venus is the first black woman to become World No. 1. The Daughter of Richard Williams and Oracene Price –won the Australian Open and French Open singles competition in 1998 and compiled a number of tournament championships in doubles play.

Venus along with her sister and Maria Sharapova reached the finals of all four grand slams.

The Lynwood, California native is nowadays not only an athlete but an entrepreneur, best-selling author, Olympic Gold medalist, activist, designer, daughter, sister and champion.

Is an undeniable fact that Venus has been massively successful in the women’s tennis world. You can’t help it but to hear from her in whatever endeavor she’s involved in. Even if your not a tennis fan, people all over the world know who she is.

Then a question comes to mind, is her success what’s keeping the 36-year-old from finding true love? Venus hasn’t been in that many relationships, she keeps it a lot more private than sister Serena. However, find below a list of her most notorious relationships. 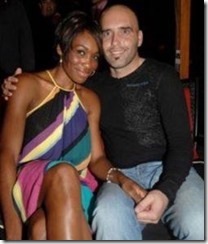 Venus was in a long time relationship with Hank Kuehne who is a professional golfer. Hank was a visible presence from the time of Wimbledon 2007 until 2010. The following year he married his current and second wife, Andy. 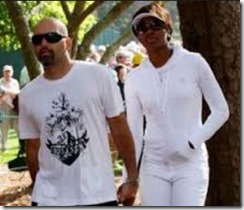 Han was born Henry August Kuehne II on September 11, 1975. The Dallas, Texas native began playing at a young age and he subsequently enjoyed some success on the PGA Tour.

The Oklahoma State University alum is the father of one son with ex-wife Nicole Kuehne. After his divorce he began dating Venus. 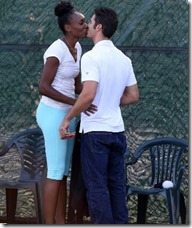 Williams’ last known boyfriend was the male model Elio Pis. Beginning in 2012, Pis and Williams’ names were often mentioned together, and though the Cuban model doesn’t have much of a presence on social media, he does keep a fairly up to date Facebook page.

Pis and Williams were spotted together as recently as 2015, but if they are still together, they are keeping their relationship out of the press these days.

27-year-old Elio Alberto Pis ad Venus met after he modeled for her EleVen fashion line. He has also been featured in French Vogue with Brooke Shields and has modeled for Russell Simmons’s clothing line.

What do you think on Venus’ choice of men?