Ester’s hubby has reached the semi-finals in all four major tournaments. Prior to meeting Ester, Berdych was in a long term relationship with tennis pro Lucie Šafářová until they broke up in 2011.

Meet Berdych’s number one fan, Ester Satorova in her top facts below. 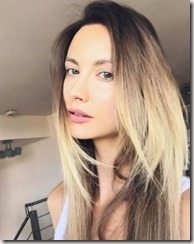 1. She is a glamorous model

Ester who was born in the Czech Republic in 1992 – is a fashion and bikini model who has appeared on the cover of magazines including Elle, Cosmopolitan and Marie Claire. She’s also walked the catwalk at Fashion Week shows.

When she’s not relaxing on the beach at home or watching her husband play in grand slams, she’s on location for modelling shoots around the world.

According to reports in 2014, Berdych proposed with a ring estimated to be worth around £225,000. They announced their engagement during a Channel Seven interview at the Botanical Gardens in Melbourne when in the country for the Australian Open.

4. She has been married for two years

The Czech model began dating the world number 14 in the autumn of 2012 after his long-time relationship with tennis player Lucie Safarova ended.

They tied the knot a year after their engagement in July 2015, at the luxurious Le Méridien Beach Plaza in Monte Carlo, where the couple now live.

5. She is very supportive of Berdych

Ester is known to attend most of her man’s matches. She can often be seen sitting on the sidelines cheering on her tennis star husband playing at tournaments around the world on the ATP Tour.

Ester is used to living in front of the lens and is happy to share details of her life on Instagram. She updates her account regularly sharing selfies and snaps of her in her underwear and bikinis from modeling shoots.

7. She is signed to a few agencies

Ester is signed to three modeling agencies in Italy, Spain and Malaysia.

9. She changed her name

10. She and her husband are yet to become parents

Despite having been married since 2015 the couple are still waiting to have children.