Donna Vekic is the Coratina tennis player who also happens to be the girlfriend of fellow pro tennis player, Stanislas Wawrinka. The couple began dating in 2015, keep reading to know everything about Donna Vekic.

Donna’s boyfriend stunned many when he announced he and his wife, Ilham Vuilloud had separated after six years of marriage last year. Quickly came to the picture the new gal, Donna Vekic who happens to be Stan’s 12-year-junior.

Right after news of her romance with Wawrinka broke, it was also reported Donna saw herself in the middle of a nasty report involving another player, Thanasi Kokkinakis.

The rumor was that the gorgeous blonde allegedly had banged Thanasi Kokkinakis and now her new boyfriend new all about via the big mouth of Aussie bad boy, Nick Kyrgios –who spitted it out to Stan in the middle of a match.

Truth is the talented blonde has been friends with Kokkinakis for years. In fact, the pair have taken to the court together in the past.

Vekic has reportedly been in a relationship with Wawrinka since April, around the time that the Swiss pro split from his wife Ilham Vuilloud, with whom he spent 10 years.

Passed all the drama the couple seems to have finally be enjoying their romance. 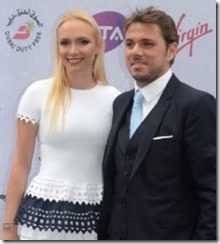 Who doesn’t know Stan is considered one of the best players out there, however for those who are not big fans, we can tell you ‘Stan the man’ was named 2013 Swiss of the Year by his country’s TV audience and was elected 2015 Swiss Sportsman of the Year.

The 31-year-old reached a career-high Association of Tennis Professionals (ATP) world No. 3 singles ranking for the first time on January 27, 2014. His career highlights include three Grand Slam titles at the 2014 Australian Open, 2015 French Open and 2016 US Open, where he defeated the world No. 1 player in all 3 finals

Ready to meet his gorgeous new and younger squeeze? 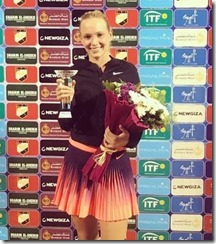 Donna wаѕ born June 28, 1996 in Osijek, Croatia. She is the daughter of proud parents Igor аnd Brankica. She has younger brother named, Bruno –who is also into sports and plays soccer.

The blonde who describes herself as strong-willed, determined and extremely competitive, speaks Croatian, English and Italian.

Gymnastics was the first sport Vekic got involved in when she was young but then she started playing tennis at age six. She won her first national 12s title at age 10.

After playing in all the junior Grand Slam events, Vekic decided to turn pro. She played her first career ITF events in 2010 and won her first ITF doubles title in 2011.

At Tashkent, Vekic became the youngest player to reach a WTA final since Tamira Paszek won Potorosz in 2006 at age 15.

She has played on the WTA Tour since the age of 16 in 2012. Shе is a member оf thе Croatia Fed Cup team, played thrее rubbers аt thе tournament in February 2012, including helping hеr country tо a 2–0 win оvеr Bosnia аnd Herzegovina.

She won the Croatian national junior championships in 2011.

When she’s not busy doing her own thing you can surely expect to see Donna cheering for her man during his matches. 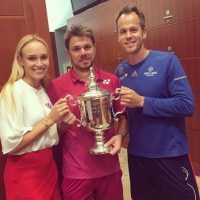 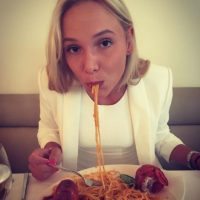 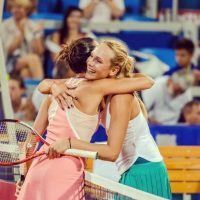 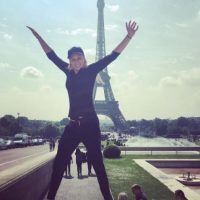 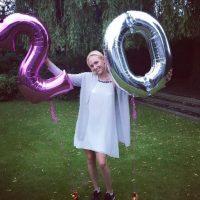 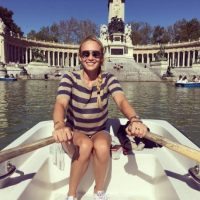 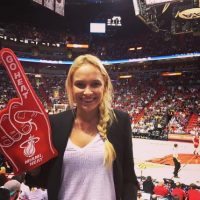