John Stephens & Sybil Smith are the proud parents of 24-year-old tennis pro, Sloane Stephens. Their daughter has won four singles titles on the WTA Tour and has reached a career-high singles ranking of 11 in the world.

Born March 20, 1993; the Florida native began playing tennis at age 9. Being involved in sports wasn’t difficult after all, she is the daughter of athletic parents.

While her late father might be the most famous as a former NFL player, her mother, Sybil Smith, doesn’t stay too far behind. 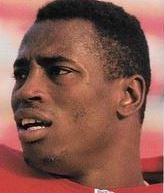 Sloane’s father, John Stephens is a former running back who played in the NFL. Stephens was selected 17th in the 1988 National Football League draft. He played six seasons in the league, reaching the Pro Bowl as a rookie, when he ran for 1,168 yards.

At Northwestern State, Stephens broke the team’s career rushing record set by Joe Delaney, topping it by 10 yards with 3,057. Both were offensive rookies of the year in the N.F.L. He played for the Patriots until 1992, then spent short stretches with Green Bay, Atlanta and Kansas City before retiring with 3,440 career yards and 18 touchdowns.

Sadly, John Stephens died in 2009 after lost control of his truck while driving a stretch of Louisiana Highway 169. He was 43. He and Sybil Smith had been divorced for a long time at the time of his death. According to World Tennis Mag, John Stephens and Sloane didn’t have much of a father-daughter relationship. They first met in 2006 when he drove up to a junior tournament in Texas. In years leading up to his death he was arrested twice for rape. 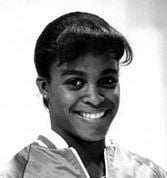 Sybil Smith was an All-American swimmer at Boston University. She won multiple school records in the late 1980s and while in college she became the first black woman in NCAA history to be named a first team All-America. 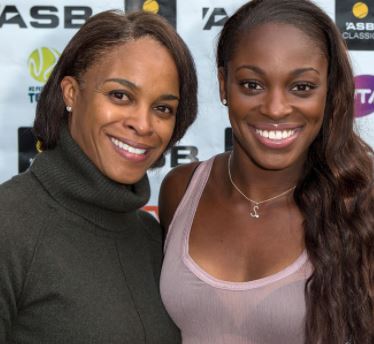 She first married John Stephens and the couple welcomed Sloane together. It is not clear why the two split but Sybil re-married, however her second husband and father of her 18-year-old son, died of cancer.

According to her website, Sloane began playing tennis only to occupy herself while her mother also played tennis. She quickly showed she had a talent for the game. After turning pro in 2009, Sloane capped a successful junior tennis career, ultimately winning the junior French, Wimbledon and US Open doubles titles in 2010. A year later, she became the youngest player in the Top 100.

Check out more of Sybil Smith on Instagram here.