Ronald’s girlfriend had quickly become a reliable Top 50 player before stepping away from tennis in 2013 due to a series of injuries. The Latvian national decided to give tennis another go in 2015.

Anastasija who hails from a small town called Liepaja, began playing tennis in her teens and practiced in the school gyms on the wood. Sevastova was born April 13, 1990, in Liepāja, Soviet Union. She won her first WTA match at the 2007 Istanbul Cup.

It was during her break from tennis and while working as a coach at the Better Tennis Academy in Vienna, Austria where she met fellow coach, Ronald Schmidt; who then became her current coach and boyfriend. They have been together since 2013. 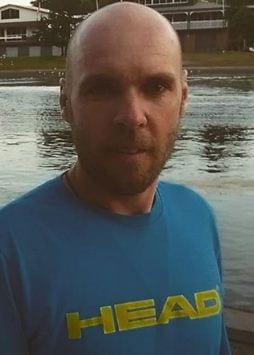 Ronald Schmidt, who is a former player himself, was born in Austria on June 23, 1980. Before joining Anastasija’s training team, Schmidt trained Nicole Mikulan.

Since his girlfriend emerged from retirement, the two have kept busy traveling to matches together. During matches, Schmidt who is pretty superstitious, wear a hat that says “I HEART Liepaja”

When speaking about their relationship, Anastasija told The New York Times, “There are good days and bad days, but more good days. It’s complicated, but you have to see private away from tennis, and work that out. I think we are working that out pretty well.”

The tennis player also added having someone to talk to while traveling, it’s been good for her career.

Though Schmidt appears to not to be a big fan of social media, he is often featured on Anastasija’s Instagram. The couple is often pictured together enjoying the outdoors, taking strolls and doing some tourism wherever they go.