Mirka Federer is the proud wife of tennis star, Roger Federer. She and her hubby have been one of the hottest couples on the international tennis circuit, for years.

Currently ranked world No. 17 by the ATP, Mirka’s hubby was born Roger Federer on August 8,1981. Federer, the son of Robert and Lynette Federer, became a pro in 1998.

The Swiss born has been continuously ranked in the top 10 from October 2002 to November 2016, reason why he has been regarded as one of the greatest tennis players of all time.

For all those who think his wife is just a pretty face and the mother of his kids, you may want to do a quick search on Mrs. Federer. To help you with that, look no further and read below everything you need to know about the gorgeous tennis wag. 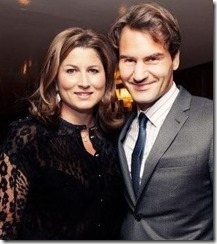 After almost ten years of marriage, two set of twins together and being a pro tennis player herself, is needless to say Mirka Federer is her husband’s consistent source of support and obvious, biggest fan.

There’s no way a mere mortal could understand the amount of effort and discipline it takes to be a professional athlete but that’s not a problem for the Federes. 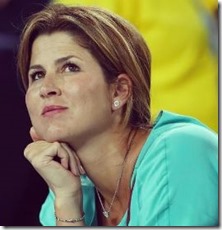 It was precisely in 2000 she first met Roger, while at the Sydney Olympics she met her future husban. The pair even competed together while playing in the Hopman Cup.

When Mirka and Roger crossed paths, she was still competing professionally. Mirka retired from the game in 2002 following a recurring foot injury.

She has stayed close to the game through her husband’s career. Since retirement, she has helped manage his highly successful career. They dated for the next eight years until they tied the knot on April 11, 2009. The intimate ceremony was held in his home town of Basel, Switzerland.

However since becoming a mother her role in helping with organizing her hubby’s busy schedule has shifted in order to attend to their children. 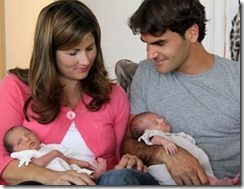 Mirka is a proud mother of four. Roger and Mirka welcomed two sets of  twins, girls Myla Rose and Charlene Riva, born in July of 2009, and boys Leo and Lenny in May 2014.

Nowadays the ultimate tennis wag is frequently seen in the stands, cheering on her husband while accompanied by the couple’s little ones. 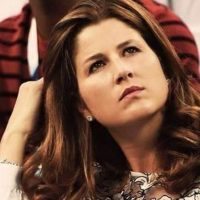 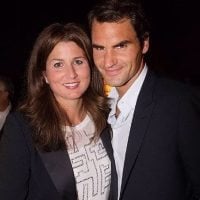 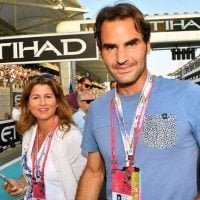 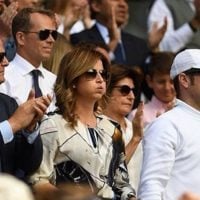 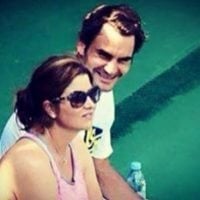 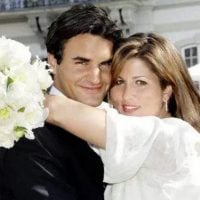 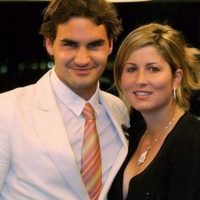