Radu Barbu is the proud boyfriend of Simona Halep –known as one of the top tennis players in the world.

Radu’s lady is widely recognized for her stellar performance on the court; she won her first six WTA titles in the same year and was named WTA’s Most Improved Player in 2013. She won the 2018 French Open.

However, she’s also well known for keeping her relationships under wraps. Reports say she’s been vacationing accompanied by non-other than Radu Barbu. Who? You may ask? Well we’ve got answers.

Like Halep, Barbu also hails from Romania and their nationality isn’t the only thing they have in common. Radu Barbu is actually a former tennis player who traded a tennis career for teaching. 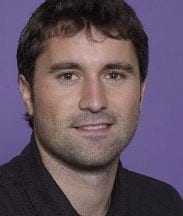 Radu Barbu used to play for TCU –that after he made the move from his home country to the US while in his 20’s. He played for the Horned Frogs of Texas Christian University (TCU) from 2005 to 2007. Following his graduation he was appointed a student assistant coach. He had previously graduated from University of Romania.

He also served as director of an ITF tournament held in Pitesti.

He is currently employed at a young tennis development program at Comesad Sports Complex in “Trivale.” Is safe to say though Bardy had a successful college tennis career, excelling in both singles and doubles; he couldn’t translate that on the APT. His highest ranking was No. 1,151.

Is not exactly clear when the couple began dating but according to Fabwags, the two have been an item since 2017. Prior to Radu Barbu, Simona used to date Toria Tecau.

Is that time of the year again and for those who love Tennis as much as we do, you are most likely following up close the Australian Open –currently taking place.

Simona Halep who has been super secretive about her relationship with alleged boyfriend, Radu Barbu –is set to go against Ashleigh Barty. Will the 27-year-old Romanian bring her man along this time?