Dimitri and the Konta have been working together since the end of last year and the results speaks for itself. Since then, Konta has once again showed increased trust in her ability to cause opponents problems with her hard-hitting game.

Following her recent win over Sloane Stephens to reach the semi finals at Roland Garros, Konta will be playing in her third Grand Slam semi-final, after runs to the same stage at the 2016 Australian Open and Wimbledon in 2017.

Signs of her improved game were evident as she reached two WTA finals at the Morocco Open and Italian Open. She has now won 15 matches on the surface in 2019. The former world number four is surely to credit, coach Dimitri Zavialoff.

Dimitri Zavialoff is Johanna Konta’s fifth coach in five years, after Esteban Carril, José Manuel García, Wim Fissette and Michael Joyce.  He is credited with helping Konta rise from 45 in the world to 26. 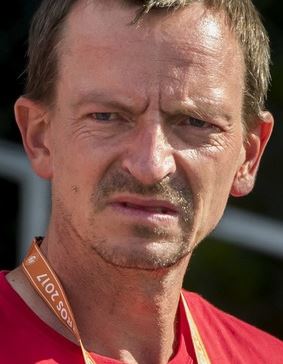 Zavialoff has lived in France for the past two decades. He is self-confessed not very good player, however that clearly turned out for the best. He realized in his youth he wasn’t very good so he taught himself to be a tennis coach and guided others to become better.

Needless to say, Dimitri has an impressive resume as a coach. In addition to Konta, he’s worked with Stan Wawrinka for 17 years, guiding him into the top 10, and spent five years with the former top-10 player Timea Bacsinszky, who described the collaboration before they split last year as “absolutely great”.

The 44-year-old Frenchman is actually the son of a Russian father. Dimitri’s father was from a Russian family who moved to Switzerland. As a result, Dimitri has retained a close connection with Swiss tennis.

Dimitri has a brother who is also involved in the tennis world. Grigori Zavialoff is Stan Wawrinka’s former manager.