Michal Hrdlička is the boyfriend of Czech tennis star, Karolina Pliskova. The two have been dating for a while and though Michal isn’t in the same industry he is also a famous name in their native Czech Republic.

Michal’s girlfriend is currently ranked world No. 1 by the Women’s Tennis Association (WTA). Karolina Pliskova and her twin sister Kristyna were born to parents Radek Plíšek and Martina Plíšková on March 21, 1992. The Louny, Czech Republic native and her twin, went onto win a double title in WTA history, completing the task in 2013.

As a junior, Karolina, won the girls’ singles event at the 2010 Australian Open. Her first senior Grand Slam tournament was at the 2012 French Open. She also helped her home country, she won two matches in the 2015 Fed Cup World Group final.

She’s had numerous victories on both the WTA and ITF circuits. As a pro, she claimed her first singles title (Kuala Lumpur). In August of 2015, she cracked the Top 10 for the first time in her career (No. 7). An accomplished doubles player as well, she entered the Top 20 in doubles for the first time in June of 2016. That same year she won her first Premier title in Cincinnati.

As for her boyfriend, he has been described as a ‘bad boy’ by media in their native country. 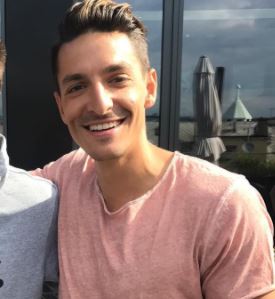 Michal Hrdlicka was born December 9, 1988 in Prague, Czech Republic. He is the son of Václav Hrdlička, Ivana Hrdličková and has one sister, Tereza Hrdličková. 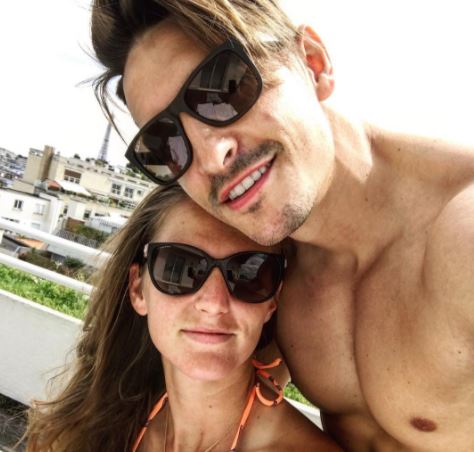 27-year-old Michal is a former athlete who played soccer but apparently his career was cut short after suffering a knee injury. Nowadays he is best known as a sports commentator who until recently worked for TV Nova.

Michal Hrdlička is also a father. He and former colleague, Lucie Borhyova welcomed an adorable baby girl named Linda in October 2015. The couple split just months after the birth of their baby daughter.

Michal is no stranger to scandals. According to Fabwags, he was caught totally wasted during a night out in the town Karlovy Vary. It’s been also widely reported he is a bit of a womanizer and that he cheated on his baby mama.

Despite the bad boy image, apparently Michal Hrdlička has managed to sweep Karolina Pliskova of her feet. The lovebirds got engaged this July.

Following their engagement in 2017, Michal Hrdlička and tennis star, Karolina Pliskova tied the knot last year. The now husband and wife said I Do, on July 19, 2018. The couple is yet to have any children of their own.

Michal –a Sport marketing and TV moderator for O2 TV Sport, is often featured on his wife’s social media. The 30-year-old who as a ‘K’ tattooed on his ribs, is not a big fan of Instagram however he is active on Twitter here.

Make sure to spot Michal Hrdlička at the Australian Open where Pliskova is currently competing.