Cary Kendall Sinnott is the wife of former tennis pro, Justin Gimelstob –currently accused in a slew of violent episodes.

Cary’s husband is a retired tennis star who most recently worked as an analyst on the Tennis Channel. The New Jersey native born January 26, 1977; won a total of 13 career titles and achieved a doubles ranking of World No. in 2000 –and making along the way over $2m in prizemoney.

Justin is the son of an insurance magnate from Newark, New Jersey, Gimelstob is the middle of three brothers who all played tennis to a high standard. His brothers are Russell and Josh.

According to reports, the 41-year-old was arrested earlier this month for allegedly attacking Randall Kaplan –who filed a temporary restraining order after Gimelstob threw him to the ground and hit him several times. He is due back in court in December.

However, this is not the first time, Gimelstob faces legal issues due to his violent behavior. Gimelstob’s wife would know. 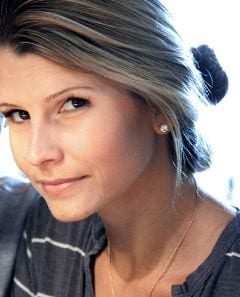 Cary Kendall Sinnott is a psychotherapist and is currently estranged from her husband. According to a domestic restraining order filed in 2016, she claims she was first abused by Justin in February 2015. At the time, she said he tackled her to the floor and pinned her there after she saw something on his phone.

In another incident in November 2016, Justin had a confrontation with Kris Thabit, a friend of his estranged wife, Cary, while at a restaurant in Santa Monica. He allegedly yelled at Thabit, accusing him of having flirted with his wife Cary.

Cary Kendall Sinnott and Justin tied the knot in 2012 –at the Ritz-Carlton in Laguna Niguel, Calif. The 35-year-old runs her own private practice in Los Angeles. She graduated *** laude from the University of Pennsylvania and received a Ph.D. in psychology from California Graduate Institute of the Chicago School in Los Angeles.

Her mother Rosa Lee Kendall Sinnott worked in Los Angeles as the vice president for sales with the western division of Knoll, the furniture company; while her father, Robert Vose Sinnott –is the chief executive of Kayne Anderson Capital Advisors.