Honami’s boyfriend began playing tennis at age five, he is the son of Eri and Kiyoshi and also has a sister named, Reina.

Kei moved from Shimane, Japan, to the US at age 14 to train at the IMG Academy in Florida. Didn’t speak a word of English when he arrived and still trains at IMG Academy.

He came to the academy as a member of Masaaki Morita Tennis Fund group, which consists of a select group of Japanese players sponsored by Mr. Morita, CEO of Sony. He was named 2008 ATP Star of Tomorrow. The following year he underwent elbow surgery –which put him out of the game for nearly a year.

In 2011, he played in Tokyo to raise money for earthquake relief. Kei ended the 2017 season after ATP Masters 1000 in Montreal after his right wrist injury. However, this year the 28-year-old seems to be doing much better, proof of that is his recent upset at the US Open. 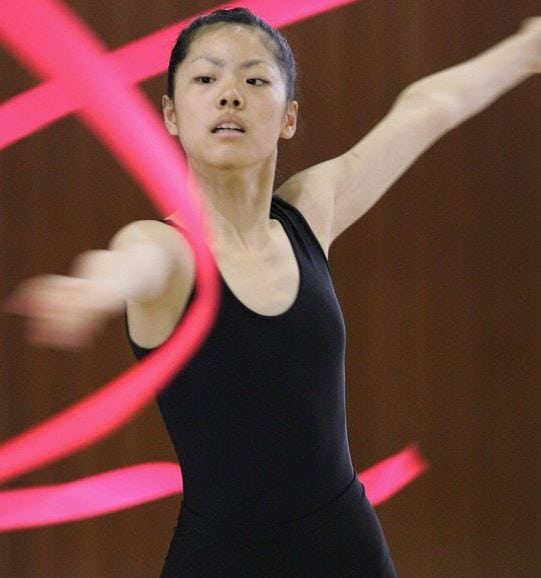 Kei has been dating the stunning Honami Tsuboi for the last three years. The couple has a lot in common with Honami being a professional athlete herself.

She was born April 5, 1989 in Japan. She is a former gymnast and an athlete in her own right and competed at an Olympic level. She participated in selected organizations as 2006 first quarter FAIRY JAPAN POLA in Greece in 2007, the world championship tournament. She attended the Beijing Olympic Games 2008 -2009 Rhythmic Gymnastics World Championships; event: ribbon rope.

Since her retirement from the sport in 2010, Tsuboi has gone on to become a qualified yoga instructor. She attended Waseda University where she studied nutritional science.

She is often seen supporting Nishikori court-side all over the world.