José Antonio Muguruza and Scarlet Blanco are also the parents to Garbine’s two brothers, Asier –who is an engineer; and Igor, an economist.

Jose Antonio Muguruza happens to be of Spanish decent while, Garbine’s mother, Scarlet is a Venezuelan native. Reason why Garbine has dual citizenship.

Their daughter turned pro in March 2012, and began to gain a reputation as a player who steps up when the lights are brightest. Two years ago, she advanced to the semifinals of Wimbledon 2015. Since then, she’s been climbing the rankings and raking in the cash on the WTA Tour. 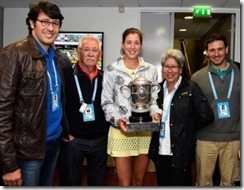 Muguruza has 3 career WTA singles title. The first one which came in January 2014 at the Hobart International in Australia. She defeated Klára Zakopalová 6-4, 6-0 to claim the championship. In 2015 she won her second WTA title at Beijing.

Last year she beat world No. 1 Serena Williams in the final at the 2016 French Open.

Garbine has won five doubles titles on the WTA Tour. Before the WTA, Muguruza dominated the ITF Tour with 7 singles titles.

The right-hander, who prefers the two-handed backhand, can pile up the aces and prefers to play on hardcourt surfaces. 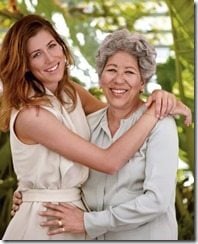 Her father, José Antonio Muguruza emigrated to Venezuela to open a metallurgy company. It was in that country that he met and subsequently married, Scarlet Blanco. After their only daughter told them she wanted to be the world’s number one, both of her parents supported her and in 1999, Garbine and her mother made the move to Spain.