Gael Monfils is the boyfriend of Ukrainian tennis player, Elina Svitolina –currently doing her thing at the Australian Open.

Monflis and Svitonlina make a great match for each other since they are both tennis pros. Like Elina he is also a famous athlete. The Frenchman was spotted cheering for her recently in her player box at the Australian Open. Elina later confirm the romance saying “He’s there for me, he’s supporting me, and I’m there for him as well.” 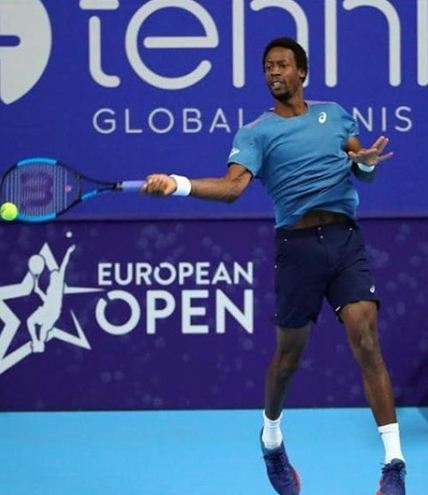 Prior to Monflis she dated another athlete, English cricketer Reece Topley. He is history now.

The French player born Gael Sebastien Monfils on September 1, 1986 in Paris, France –is a two-time Grand Slam semifinalist. However his career has been plagued by injuries. According to his ATP profile, he missed 9 Grand Slam events with injuries from 2007 to 2016, including right knee, right shoulder and left wrist. He also missed 6 ATP Masters 1000 events in 2017 and 5 in 2018 due to illness and injuries to right knee, Achilles tendon, back and left hamstring.

Monfils, also known as Lamonf, he was voted 2005 ATP Newcomer of the Year by his fellow players. In addition to tennis, Gael Monfils has other hidden talents that include playing basketball and being an exquisite breakdancer. Monfils and Svitolina have been labeled the new tennis power couple. Thoughts?