John Goehrke is the lucky fella apparently dating Tennis pro, Eugenie Bouchard. The Canadian star and Goehrke were recently spotted during an outing.

The 23-year-old and John have been caught on numerous dates so far. According to media reports they have been on at least three dates and things seem to be getting serious between them. She has even posted pictures with him on social media and we all know how huge that is.

The lovely blonde previously dated NHL player, Jordan Caron. A few years ago it was also rumored that she and Alex Galchenyuk, another NHL player, were presumably dating.

Eugenie also known as Genie, was born February 25, 1994 to Michel Bouchard and Julie Leclair. She and her twin sister Beatrice are the older siblings of another sister, Charlotte born in 1995 and a brother William, born in 1999.

Genie was a star student in mathematics and science, and at one point considered a career as a physician.

Eugenie who began playing tennis when she was 5 years old, is known for her mobility and her aggressive but unpredictable style of play, she reached the semifinals of the 2014 Australian Open.

Last year she had fourth successive Top 50 season. Some would argue 2013 to be Genie’s breakout year, winning WTA Newcomer of the Year, in 2014 she was named WTA’s Most Improved player. Both years she won Tennis Canada female player of the year and the Bobbie Rosenfeld Award. 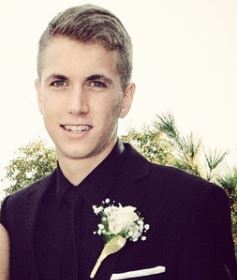 Genie and John first met about 10 months ago. He happens to be one of her 1.5 million fans. The lucky fan was seen enjoying a night out with the blonde in Miami. 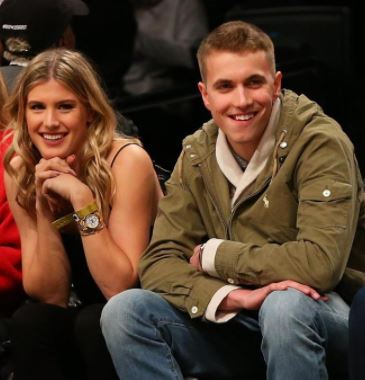 Their love story began a few months ago when she lost a bet in which she agreed to a date on Twitter with John after she vowed if the Atlanta Falcons triumphed over the New England Patriots in the Superbowl, she would go on a date with him.

On their first date, Genie flew John to NY to see a Brooklyn Nets game. Following their first date, the two have formed a bond that slowly could be developing into something else. Thoughts on the alleged new couple?