Bjorn Fratangelo is the boyfriend of tennis player, Madison Keys and as a matter of fact, Bjorn is a tennis player himself.

Bjorn and Madison have lots in common, the young couple began dating sometime in 2017 and have been going strong since. They are both currently competing on the Australian Open.

Madison was born February 17, 1995; the Rock Island, IL native is the daughter of a white mother and a black father. Both of her parents are licensed attorney is both Illinois and Iowa.

She has three siblings named Sydney, Montana, and Hunter. She started competing at the Chris Evert Tennis Academy at age 9.

Keys first made headlines after defeating Serena Williams in 2009. She reached the 2017 US Open finals. She is the first American woman to crack the top 10 in the WTA rankings since Serena Williams broke through in 1999. 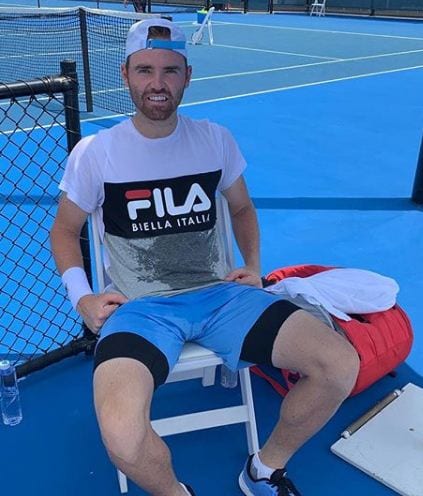 Other milestones, for Keys include reaching the third round of both the Australian Open and Wimbledon in 2013.

Keys has been dating bearded fella Bjorn Fratangelo who is also a professional tennis player. The 6’0″ tennis player was born July 19, 1993; the Pittsburgh native is the son of an Italian father.

Bjorn who attended Barron Collier High School, was named after tennis legend Bjorn Borg and began playing at age 4. Bjorn may not as popular as his girlfriend but has sure made a fine living earning more than 800k in tennis.

He won the boys’ singles title at the 2011 French Open and was a singles semifinalist at the 2017 Hall of Fame Tennis Championships.

He and Keys sure make a great looking couple, they are both Instagram official and often share pictures of the two together.