Justin Sands is the proud husband of one of the best doubles players in the world, Bethanie Mattek-Sands-also known for her colorful personality.

Born in Rochester, Minnesota on March 23, 1985; Bethanie is currently ranked number one in the women’s doubles rankings. Not only has she won five women’s doubles titles, she also has three mix boules titles in majors and she was the gold medalist in mix doubles in 2016.

Mattek-Sands was born to parents Tim and Heidi. She began playing tennis at 5 years old, inspired by her dad; Mattek-Sands says on her website she “nearly knocked [her father] over” with her powerful shots. She has one younger sister, Alison, and two younger brothers, Chaddy and Andrew. Mattek-Sands also has a twin named Sania.

The athlete made her professional debut at just 14 years old in 1999.

As of July 2016, Mattek-Sands has won 19 WTA doubles titles. However, she has also performed well at the Grand Slam tournaments’ singles competitions in recent years.

She and her double’s partner Lucie Safarova were trying to win four grand slam titles in a row, having previously won three –when she suffered a horrible injury at Wimbledon.

For about 25 minutes the crowd witnessed in horror how Bethanie lied in excruciating pain waiting for paramedics to arrive.

Luckily for Bethanie, her hubby rushed to her side to show his support. 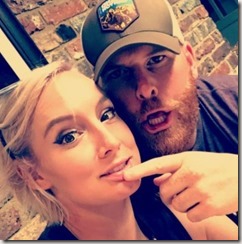 Justin Sands is an insurance executive. The two tied the knot in 2008. The tattooed couple said their I Do’s in Naples, Florida.

According to his LinkedIn, Justin Sands is the Founder/President of JPS Insurance Group. The Pennsylvania native attended State University of New York at Albany from 2001 until 2005, graduating with a Bachelor of Science (B.S.), Sociology –and where he also played football. He previously attended Bridgton Academy and The Hill School.

Sands began JPS Insurance Group in 2007; other professional experiences include Justin Sands as a team coordinator at BLM, LLC.

The couple, who live in Phoenix, Arizona, have a 140-pound Boerboel mastiff named Ruger who is the subject of a good chunk of Mattek-Sands’ social medial posts.

The couple are usually together while on tour during tennis season. Being your own boss gives Justin Sands the chance to travel with his champ wife. Though they have been married for nine-years, they don’t have any children.