Kim is the stunning wife of tennis star, Andy Murray or Sir Andy Murray shall we say. Kim was in a long relationship with her tennis stud before becoming his wife in 2015. Keep reading more about her.

Kim’s hubby was born Andrew Barron Murray. The British star is currently ranked world No. 1 in men’s singles. Murray was born May 15, 1987 in Dunblane, Scotland.

Among his highlights we can mention he is the British No.1, 2012 US Open Champion, 2012 and 2016 reigning Olympic Singles Champion, the 2013 and 2016 Wimbledon Champion and was a member of the victorious Great Britain Davis Cup squad in 2015.

Andy is Great Britain’s most successful tennis player of the Open era, the first Briton to reach 500 ATP match wins.

Murray is surely a talented man, and we can add to that he is a lucky one as well, his wife is gorgeous.

Ready to meet his better half? 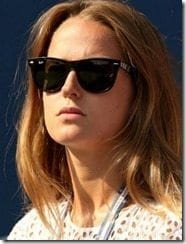 Kim has been by Murray’s side for the majority of his professional career, from when they met at just his second-ever Grand Slam appearance in 2004 till now as he gets ready to do what he does best at the Australian Open.

She has certainly become one of the most famous tennis wags thanks to her man. 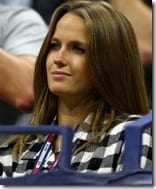 Sears was a brilliant student at school getting three A-levels in music, drama and art. She got admitted into Sussex University.

Gorgeous Kim Sears holds a degree in English Literature but studied art all the way through school. Art is definitely her passion, the wife and mom of who could have become a model if she wanted to, keep busy with her paintings.

She often paints animals like dogs and horses. She is known for her love for dogs and good taste in fashion. 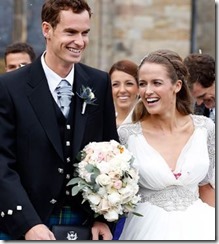 She began dating Andy in 2005. Their engagement was announced in November 2014. They were married on 11 April 2015 at Dunblane Cathedral in his home town. She gave birth to the couple first child, on 7 February 2016. Kim and Any are the proud parents of daughter Sophia Olivia. The two share a home in Oxshott, Surrey, UK.

Kim has said in the past to be into tea, lots of chocolate biscuits and Classic FM.

She occasionally writes on her blog that you can visit here, you can also visit her website “Brushes and paws” here and see a wide variety of her portfolio.

You can check out Kim Sears on Instagram here.

Is that time of the year again and for those who love Tennis as much as we do, you are most likely following up close the Australian Open –currently taking place.

Andy Murray, definitely a fan favorite, is ready to make his return after he missed the tournament due to hip surgery. And to make sure the 31-year-old Briton feels the love and support, is highly likely his gorgeous wife, Kim Sears will be watching from the stands.