Konstantin’s 17-year-old beautiful and talented daughter is currently in her second consecutive fourth round at a Grand Slam in the French Open.

Konstantin Anisimov and his wife Olga Anisimova are originally from Russia and emigrated to the United States after starting a family. Together they are the parents of two daughters, Amanda and her older sister, Maria -who played college tennis for the University of Pennsylvania.

Maria Anisimova now goes by Maria Egee, she and Kevin Egee tied the knot in 2016. According to her LinkedIn, Maria lives in New York and is a Director at Bank of America.

Amanda has stated that she was inspired by her sister to get involved in the sport. It didn’t hurt either that her father served as her tennis coach. 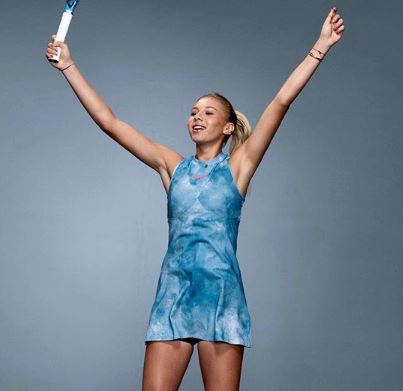 While Konstantin who has long acted as her primary coach, was named the 2017 Team USA Developmental Coach of the Year. He has been credited with teaching his daughter “all of the skills that she will need as she develops on the tour and becomes a great player”

In addition to his daughter, Konstantin Anisimov also worked with junior Mark Sverdlov in 2017, a five-star recruit rated as high as No. 61 in the nation in the Class of 2019 on Tennis Recruiting, and 14-year old Alexandra Yepifanova, the No. 3-ranked recruit in the Class of 2021.

Konstantin and his family are currently based in in Aventura, Fla.