Alexandra’s beau was born Alexandr Oleksandrovych Dolgopolov on November 7, 1988. The Ukrainian native is the son of Oleksandr –a former ATP pro and coached Alexandr from a young age until 2008.

His mother, Elena, is a former gymnast who earned a gold and silver medal at the European Championships. He grew up with a sister, Maria.

The tennis star has been previously linked to Vika and Masha Fokina. It appears Alexandr has been pretty lucky when it comes to dating. All of his girlfriends are total hotties and Alexandra Shokareva is no exception. 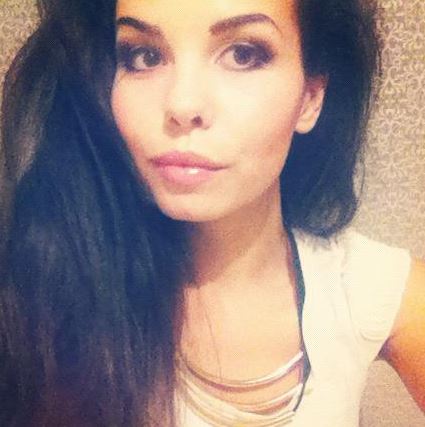 Alexandra Shokareva is a hot Ukrainian native. She is an architect and designer but with her looks, she is also an occasional model.

The Kyiv, Ukraine native was born on May 4, 1991. She studied at Kiev National University of Construction and Architecture. She also holds a degree from KNUBA –which she obtained in 2015.

From her social media we can tell the stunning brunette keeps an active lifestyle. She enjoys hanging out with her girlfriends, hitting the gym and is also a fan of healthy eating. Shokareva is also an animal person. Her love for animals doesn’t limit itself for dogs, she is a fan of farm animals including Alpacas.

Alexandra Shokareva makes for a great tennis wag, she is as sophisticated as they come and has exquisite taste. Her image is always on point.