Alexander Gilkes is the handsome boyfriend of Tennis star, Maria Sharapova -who has announced her retirement from the sport.

Alexander’s Russian girlfriend is a five-time grand slam winner who appeared last at the 2020 Australian Open, where she was knocked out in the first round.

Born April 19, 1987; Sharapova who has been living in the US since the 90’s -burst onto the tennis scene as a 17-year-old in 2004 when she beat No.1 seed Serena Williams in the final of Wimbledon to claim her first grand slam.
She rose to the summit of the world rankings for the first time in 2005 and alongside her Wimbledon title, has won two French Open titles, one Australian Open, and a US Open title. She last won in 2014 when she clinched the French Open for the second time.

At 32, Sharapova is certinaly a sucessfull athlete who has made millions from the sport, according to reports she has collected more than $38 million in prize money in her career. It seems she might be ready to take that next step with her beau, Alexander Gilkes. The two have been dating for a couple of years. 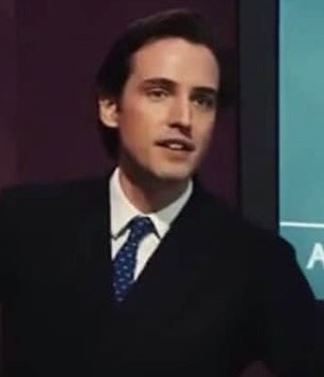 Gilkes is a British millionaire who is friends with Prince Harry. Gilkes was born in London on July 16, 1979. He is the son of dermatologist Jeremy Gilkes. He attended Eton College, Berkshire and University of Bristol.
Like Sharapova, Gilkes has also made of the US his permanent home. He moved to New York in 2008, where he has made a career in the Art World. He served as an auctioneer at Phillips de Pury & Company and an executive at LVMH. He has acted as an auctioneer for many high-profile auctions. He currently serves on the board of the New York Academy of Art.

In 2011, Alexander Gilkes co-founded an online auction house named Paddle 8 and he is currently its president. Gilkes has been extremely succesfull having been in the list of 100 Most Powerful People in the Art World (Art + Auction). He was also one of Fast Company’s Most Creative Entrepreneurs in 2017.
Prior to Maria Sharapova, Gilkes was actually a married fella -he and designer Misha Nonoo completed their divorce in 2017.