Aleksandra Troicki is the gorgeous wife of Serbian tennis star, Viktor Troicki –who is currently competing at the Australian Open.

Aleksandra’s hubby was born February 10, 1986; Viktor started playing tennis under Nenad Trifunovic’s guidance at the age of five. He turned pro in 2003 and in 2011 he was ranked World No. 12 in singles.

His first career title came in Moscow in 2010 and helped him attain a career-high ranking of No. 11. Troicki is also no stranger to winning big. He proved pivotal in his country’s victory over France in the 2010 Davis Cup final, taking the deciding match against France’s Michael Llodra. 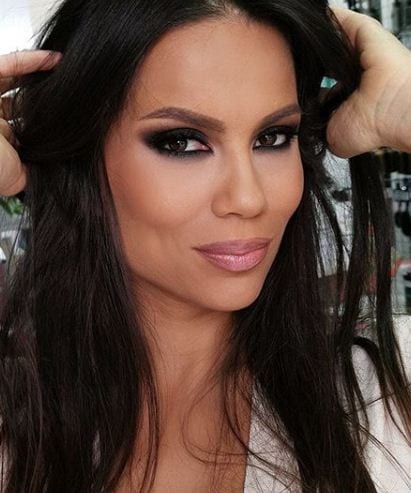 The 32-year-old has also been in the eye of scandal, back in 2013 Troicki was hit with an 18-month ban by the International Tennis Federation for violating tennis’ anti-doping program. Troicki failed to provide a blood sample when notified on April 15 that he had been selected to provide a urine sample and a blood sample at the Monte Carlo Masters event. This last few years have been rough for Troicki who is 2015 lost to Rafael Nadal in the finals of Stuttgart. In 2016, at Wimbledon, he had an outburst and yelled at the chair empire saying “Worst umpire ever in the world! What are you doing? Did you see the ball?”

But 2016, wasn’t all bad, he did tie the knot to the stunning, Aleksandra Djordjevic who now goes by Aleksandra Troicki. The two became husband and wife on November 27, 2016.

Aleksandra Troicki gave birth to the couple’s first child, a daughter whom they named Irina –in June of 2017.

Aleksandra, an actress and model, appeared in the 2010 film by Dragana Bijelogrlić “Montevideo Bog and video” After her role, she was offered a number of fashion offers.