You are here: Home / Soccer / Who is Trent Alexander-Arnold’s Girlfriend?

Trent Alexander-Arnold is a professional English soccer player whom you may recognize as a right back for premier league club, Liverpool.

Born Trent John Alexander Arnold on October 7, 1998; the English native joined Liverpool’s training academy at the age of six. He made his senior debut at age 18 in 2016, he always trained at leats one year above his natural age group.

He has an older brother, Tyler and a younger brother, Marcel. Trent has credited his discipline and focus to his mother, Diane.

During the 2016-2017 regular season he made a total of 12 appearances with the organization. Also in 2017, he was awarded Liverpool’s Young Player of the Season award. Most recently, Arnold who also plays for the England National Team –has been nominated for the Golden Boy 2018 Award.

For those who may not be familiar with Trent, prior to his success in soccer –he actually gave rugby a go. He used to play full-back in rugby at St Mary’s in Crosby, the equal of a sweeper in football. 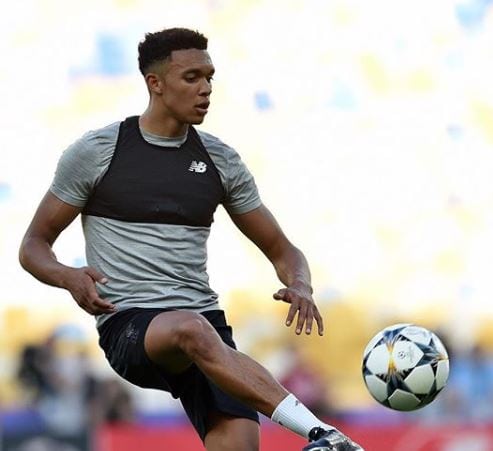 The Liverpool and England star doesn’t seem to have a romantic relationship at the moment. At 19, it’s safe to say Alexander-Arnold is really focused on his career and although like any other teen perhaps interested in a special someone –however he is yet to introduce her to the eyes of the world.

Though we dare to say he is currently single, with professional athletes and specially the really successful ones like Trent Alenxader-Arnold, you never know for sure. He could be keeping his special lady to himself or could be meeting several at once.

Either way, players like him, are sure chick magnets and is just a matter of time for him to appear with a fine lady next to him. In the meantime, he can count with family and friends.

You can check out Trent Alexander-Arnold on Instagram here.