Sofie’s husband also serves as captain for the national team, being appointed in 2016. Born April 15, 1985; Andreas began his career in local clubs later transitioning to Helsingborg and making his debut with Allsvenskan in 2004.

He played 74 matches and scored once for his parent team. In January 2007 Granqvist was loaned to Wigan Athletic and on 19 June 2007 the English club penned a two-year deal with the back. In 2008 the Swedish was loaned back to Helsingborg and played there until the season finished. The same year he signed a four-year contract with Groningen. Three years later, on 15 June 2011, Granqvist put a pen to paper of a long-term contract with Genoa.

In August 2013 the Swedish player joined a Russian club, FC Krasnodar. Andreas had been capped several times for the Sweden youth national teams. Since 2006 he is a part of Sweden national team. 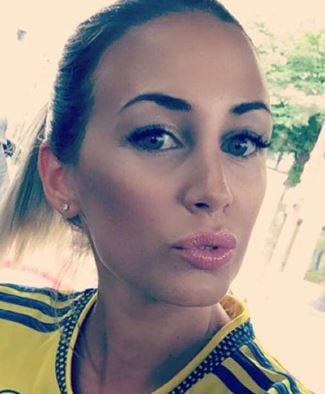 Throughout his career, he’s been able to count with the support of his wife, Sofie. The two have been together for over a decade and are the proud parents of one daughter and another in the way.

Sofie Granqvist is a proud soccer wag that keeps very open to media exposure. She is aware that being the wife of a professional athlete means being thrown into the limelight. 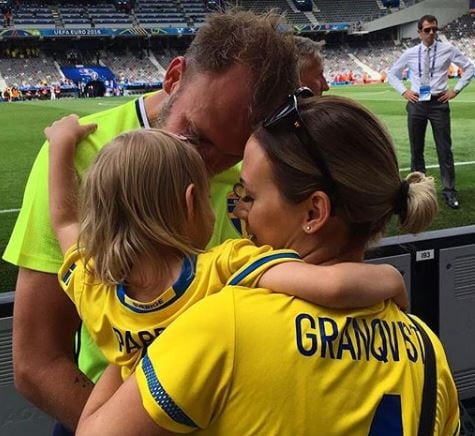 The lovely brunette has her own website in which she keeps her followers updated on her busy life as a soccer wag. Sofie and Andreas have been together for the last 13-years. Like her man, she is originally from Helsingborg but since becoming a wag, she’s been able to travel to a number of places including, England, Holland, Italy and Russia.

Sofie who describes herself as a ‘soccer fan’ keeps busy caring for the couple’s four-year-old daughter and when not cheering for her man she also enjoys shopping. On her blog she also reveals she is very into interior decorating and writes a little about it too. She is currently expecting the couple’s second child.