Raquel’s soccer star husband is also a player with the Croatia national team, he was born March 10, 1988 in Mohlin, Switzerland and raised by Croatian parents.

He played for Schalke from 2007 to 2011 and became a member of the Croatian national team in 2007. The midfielder then served as captain of Seville FC from 2013 to 2014, then joined FC Barcelona. At club level Ivan Rakitic has won everything possible but his luck hasn’t been the same for his national team. However, he may be changing that at Russia. 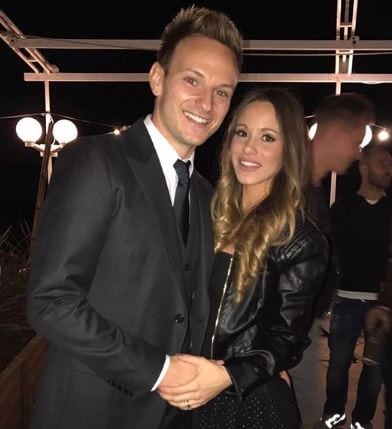 Unlike her famous hubby, Raquel Mauri is actually form Spain, the two met when Ivan arrived in Spain before he signed for Sevilla. After his signing he lived at a hotel for three months, during which he drank a lot of coffee. At the time, Raquel was actually the coffee shop girl at Ivan’s hotel. According to The Player’s Tribune, Rakitic revealed that he would go to her shop every morning just to see her beautiful face. 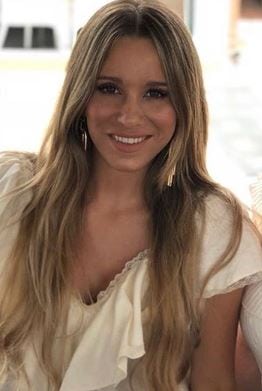 Rakitic and Raquel couldn’t really communicate at first due to the language barriers and he allegedly asked her out 20 to 30 times. He bumped into her while she was having a drink with her sister at the bar and she finally agreed. The two began dating in 2011 and were married in 2013.

Since then, the couple has welcomed two children together daughters, Althea born in 2013 and Adara, born in 2016.

The 28-year-old wife and mom of two has always been supportive of her hubby’s career and has been seen often in the crowds cheering on her man. While Ivan does his thing on the field, Raquel Mauri keeps busy taking care of the couple’s daughters. She has also become somewhat of a media star earning over 500k followers on Instagram.