Lorelei Taron is the lovely wife of Colombian soccer player, Radamel Falcao also known as Falcao. Married since 2007 the two are the proud parents of two children.

Lorelei’s hubby is a striker for Ligue 1 club AS Monaco. He was born February 10, 1986 in Santa Marta, Colombia where he started his career as a teenager, following the footsteps of his father –former pro soccer player Radamel García Sr.

Following a tryout with Amsterdam’s AFC Ajax at age 11, the talented youngster made his debut with Colombian second-tier club Lanceros Boyacá as a 13-year-old.

He continued his development with Argentina’s Club Atlético River Plate, overcoming a serious knee injury to become a top scorer. Falcao later earned renown for his performances with F.C. Porto in Portugal and Atlético Madrid in Spain, finishing fifth in the Ballon d’Or voting in 2012. that same year, he was named GQ Sportsman of the Year.

Falcao transferred to AS Monaco FC in France’s Ligue 1 in 2013. He’s also played with Manchester United and Chelsea on a loan.

As for his love life, Falcao is well covered there too. He met wife Lorelei at church when she was just 16. Meet the wag below. 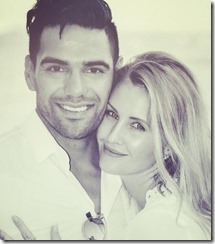 Lorelei Taron was born June 17, 1988 in Argentina. The gorgeous blonde happens to be a famous singer. Born to German parents, Lorelei was married at age 19 in 2007.

She followed her husband to top Portuguese club, Porto. In 2011, the pair were on the move once again, this time to Madrid, where Tarón’s musical career strengthen. 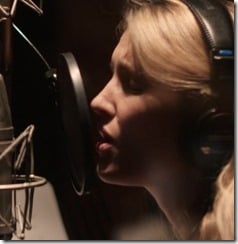 Despite having a glamorous life as a singer and wag, Lorelei has been described in interviews as ‘down to earth.’ Her Instagram is filled with pictures of her family and her every day life.

Lorelei Taron and her soccer stud husband are the proud parents of two adorable daughters. 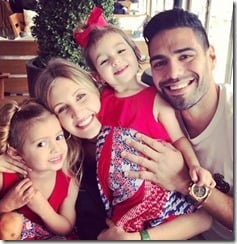