Antonella Cavalieri is the lovely girlfriend of soccer player, Paulo Dybala –the Argentine forward currently a player with the Italian club Juventus.

Antonella’s man may steal all the flashes on the field but it’s his **** girlfriend who gets all the attention these days. Described as Juventus’ attacking ‘jewel’ the 23-year-old is definitely on the rise. Dybala was born Paulo Bruno Exequiel Dybala on November 15, 1993 in Laguna Larga, Argentina.

He was brought up through Instituto’s youth system from 2003 to 2011 and played with their senior team from 2011 to 2012 before spending a few years with Palermo.

Dybala who possesses dual citizenship in Poland and Italy, began playing striker for Juventus in 2015.

Surely as a Dybala fan you know all there is to know about him, but have you met his girl? Let us introduce you. 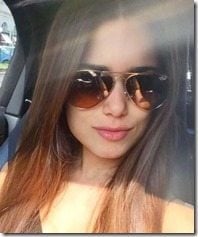 Miss Cavalieri who goes by ‘Anto’ short for Antonella, rose to fame for her relationship with the famous soccer star, since then gaining a huge following on social media.

The brunette was born May 18, 1993, her father is Mr. Sandro Cavalieri, and she has a younger sister named Orne. 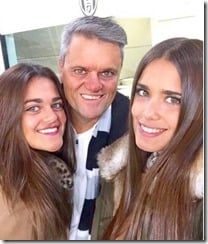 Before rising to social media stardom for her relationship with Dybala, she worked as a restaurant hostess part-time. The Argentine beauty has over 280K followers on Instagram alone. The lovebirds have been dating for close to three years, since becoming boyfriend and girlfriend in late 2015.

Aside from being a Wag, Antonella Cavalieri is a college student currently pursuing a degree in business administration. Blessed with good genes, Anto is also a model.

Cavalieri who is a student at the Universidad de Palermo in Buenos Aires, graduated from Colegio Nuestra Senora de la Misericordia (Our Lady of Mercy High School).

Though we are not sure just how serious their relationship is, Antonella has proven to be very supportive of her beau. She hardly ever misses one of Dybala’s games and she’s often posting and sharing numerous photos when cheering on him.

She even mastered his trademark celebration gesture, the Dybala’s mask.

Will Antonella Cavalieri be the one for Dybala? Only time will tell.

In the meanwhile, check her out on Instagram here.