Paige’s stud boyfriend hails from Kingston, Jamaica; however he’s lived in London for most his life. He was born Raheem Shaquille Sterling on December 8, 1994. Raheem began his youth career with the Queens Park Rangers at age 10. He competed for England’s national team at the U-16, U-17, U-19, and U-21 levels before joining the senior team.

He then joined Liverpool and received his first cap as a member of the English national team in 2012.  In 2015, he joined Manchester City. Last month it was announced he had signed a new Manchester City contract, tying him down to the Etihad club until 2023.

The 23-year-old has enjoyed the love and support of his gal, Paige Milian –who is not only his girlfriend but also the mother of his child and his fiancée. Together for a number of years now, the couple welcomed a son, Thiago in 2017.

Sterling is said to have popped the question with a huge diamond and their wedding is being expected sometime next year. At the same time, Paige also serves as stepmother to Sterling’s daughter, Melody. 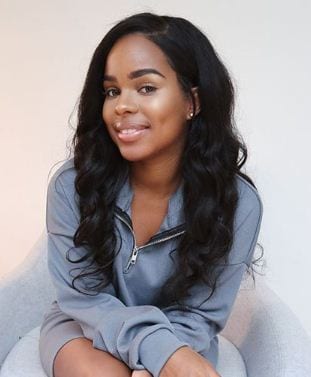 Paige Milian and Sterling go way back, having met as teenagers. However, they didn’t end up together until years later.

According to The Sun, the two met during his spell with Queens Park Rangers. By the time Raheem moved to Liverpool, Paige Milian left her job at JD Sports in order to follow him in Liverpool.

The fiancée and mom of one, is often described as a model, she’s gained significant following due to her association to Sterling. She also keeps busy video blogging, sharing her insights into her home life on her YouTube channel.

The stunner hails from North London and her parents are from the Caribbean.

But not everything has been smooth for the couple who has surely faced their share of drama. Paige has had to put up with multiple cheating allegations thrown on Sterling’s way. Nonetheless, the couple remains together.