You are here: Home / Soccer / Who is Neymar’s Rape Accuser?

Neymar da Silva Santos Júnior, the Brazilian soccer star best known simply as Neymar is in quite a pickle.

The star forward has been accused of rape by an unidentified woman who claims he paid for her to fly from Brazil to Paris only to attack her. The alleged incident took place last month and since Neymar has been quick to come forward and deny the whole thing.

Neymar burst to nationwide acclaim as a teenager with the club Santos, the club where the Brazilian legend Pelé made his name.

The 27-year-old was the figurehead of Brazil’s World Cup team in 2014, the year before he joined Spanish club Barcelona. Neymar played four seasons in Spain before his blockbuster sale to P.S.G. for a world-record fee of almost $250 million. 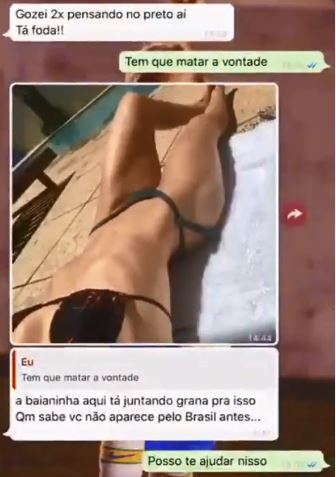 Neymar who was in a relationship with Bruna Marquezine until last year and was romantically linked to Mari Tavares in January -took to Instagram to say he was set up by the rape accuser and that the two engaged in consensual ***.

He even released his WhatsApp conversation and shared ****** images of the accuser to ‘prove’ his innocence.

The police report states that the woman, who is yet to be named, said she exchanged messages with Neymar on the social media platform Instagram before accepting an invitation to travel to Paris, where she met with him in a suite at Sofitel Paris Arc de Triomphe in May. According to the report, the two spoke and “exchanged caresses” before, he “turned aggressive” and forced her to have *** against her will.

Other reports say Neymar allegedly was drunk at the time, and forced himself on her.

The alleged accuser/victim stayed in Paris two days before returning to Brazil. According to Neymar on the second day nothing happened and the woman even asked him for a souvenir for her daughter. She reportedly filed the complaint in São Paulo, where she lives because she was too emotionally shaken to do so in a foreign country.

São Paulo’s civil police confirmed in a statement that a case had been filed.