Najila Trindade Mendes has been identified as the woman who was allegedly attacked and raped by Brazilian soccer star, Neymar.

Last week 27-year-old Neymar, came forward with his own account after a rape accusation had been filed in Brazil. The alleged incident took place last month and since Neymar has been quick to come forward and deny the whole thing. Neymar has been adamant in saying he was set up by his accuser.

He went onto release WhatsApp conversation and shared ****** images of the accuser to ‘prove’ his innocence.

According to the woman, now named as Najila Trindade Mendes, Neymar paid for her to fly from Brazil to Paris. Prior to their encounter she told authorities she exchanged messages with Neymar on the social media platform Instagram before accepting his invitation to travel to Paris, where she met with him in a suite at Sofitel Paris Arc de Triomphe on May 15th 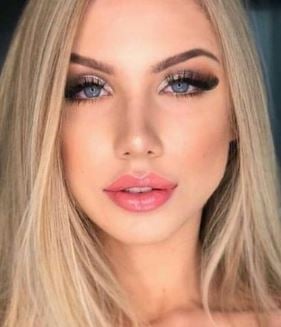 According to the report, the two spoke and “exchanged caresses” before, he “turned aggressive” and forced her to have *** against her will.

Najila Trindade Mendes stayed in Paris two days before returning to Brazil. According to Neymar they did have *** but it was consensual. He also added that nothing happened on the second and the woman even asked him for a souvenir for her daughter.

However, shocking footage of the two during their stay in Paris shows Mendes hitting and slapping the PSG star forward while saying “I’m going to hit you, you know why. Because you beat me up yesterday.”

Mendes reportedly filed the complaint in São Paulo, where she lives because she was too emotionally shaken to do so in a foreign country.

26-year-old Najila Trindade Mendes told Brazilian TV the footballer became violent after she asked him to put on a condom. “He said no. I said that then nothing would happen, that we could not. He was silent. He turned me around, committed the act, I asked him to stop,” she added.

The blonde stunner is described as a Brazilian model. She’s done commercials and music videos in her home country and is quite popular on social media with over 27k followers on Instagram.