The Spanish goalkeeper has also played for club teams such as Mallorca, Valencia and Getafe. He was part of the Spanish Under-21 International team at the 2007 UEFA European Championship.

Moya had started for Atletico in the 2014-15 but in early 2016, he suffered an injury that kept him off the field for about ten months. He returned to action last December, following arthroscopic surgery on his right knee.

During hard times is when pro athletes need support more than ever. In Miguel Angel’s case, that’s not a problem. His lovely wife Patrizia Ruiz, knows what to do. 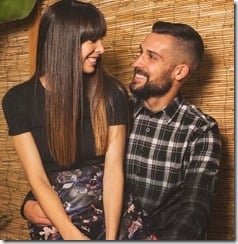 The stunning brunette is a model and actress. When not gracing the theaters, Patrizia Ruiz is a **** wife and proud mother of two. 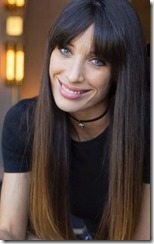 Patrizia Ruiz was born January 11, 1987 in Barcelona. She was an Engineering student until she was casted to participate in a live TV show. Since then she made the move to Madrid to pursue her artistic career. She’s worked in movies, theater and TV.

Patrizia has participated in musicals including, “Snow White Boulevard” and “Marta has a pacemaker.”

Most recently she was casted in “Las Chicas de don Juan” or “The Girls of Mister John” a Madrid musical which debuted in Teatro de la Luz Philips in 2016.

She and Miguel Angel Moya began dating in 2009. The two are the proud parents of two children. Patrizia and Miguel welcomed their first child, daughter Ariah in 2010.

The pair are also parents of an adorable one-year-old boy. Patrizia who also goes by Patzy, gave birth to the couple’s second child, Dorian in early 2016, on the same day she was born. Isn’t that adorable! Mother and son share the same birthday.

According to online info she and her handsome hubby were separated for some time after the birth of their daughter. The couple patched things in 2011 and became husband and wife in June 2015.

You can find the gorgeous wag, Patrizia Ruis on Instagram here.