Mel Laspina is the soccer wag currently in a relationship with Argentine professional midfielder, Maximiliano Meza –whom you may know as a player with Independiente.

Mel’s soccer beau was born Maximiliano Eduardo Meza on January 15, 1992. The Argentine arrived at Independiente in 2017 and helped the club win the Copa Sudamericana in 2017.

He joined the Gimnasia La Plata youth academy and progressed through the ranks. He made his first team debut in the 2012-13 season, where Gimnasia won promotion from the Nacional B. Since then, he’s made a name for himself as one of the best attacking players in the league.

He got the call for the Argentina squad earlier this year and made his senior debut in a friendly defeat to Spain. Maximiliano who goes by Maxi –made his very first World Cup Appearance this June. 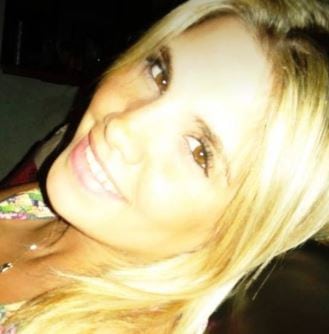 While her man does his thing on the soccer field, Mel Laspina keeps busy doing her own thing. She is a professional make-up artist. She and Maximiliano have been in a romantic relationship for years and together are the proud parents of one child, a young boy named Stefano. 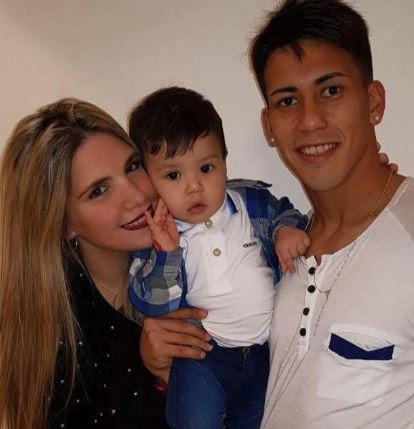 The pretty blonde also keeps active on social media, she has an Instagram page with over 1k followers. Mel who was born Melanie Laspina shared on her Facebook page a petition that supports the heart-treatment of a baby boy named Milo.

She belongs to a province in Argentina known as Argentina de Corrientes and natives are known as ‘Correntinos.’ She began dating Meza five years ago while they both were in their early 20’s. Mel gave birth to the couple’s first and only child so far, in 2016.

Both Mel Laspina and the couple’s young son travelled to Russia in order to support Meza’s very first appearance in a World Cup.