Mourinho started his Premier League career in London when he was named manager of Chelsea in 2004.

The Portuguese had previously had a semi-professional football career before making his coaching breakthrough at Sporting Lisbon, Porto and Barcelona.

After brief but successful stints in charge at Benfica and Uniao de Leiria, he won the UEFA Champions League with Porto in 2004.

Mourinho left Chelsea in 2007 and his next managerial role came with Inter Milan, where he won the Serie A title and the Italian Super Cup in his first season.

Real Madrid appointed Mourinho as their coach in the summer of 2010. But after three years at the Bernabeu, Mourinho returned to England. In May 2016, Mourinho signed a three-year deal as manager of Manchester United.

Luckily for the 55-year-old he can always count with the support of wife, Matilde. Meet her below. 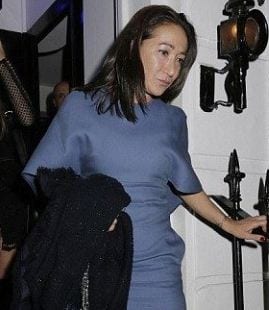 #1 They met as teenagers

Matilde Faria who also goes by Tami –and was born in Angola met her future husband in Setúbal, Portugal. They tied the knot in 1989.

#3 She is into charity

Matilde Faria is a strong charity advocate and was appointed as a Special Ambassador for the World Food Programme in 2014.   Her roles is to “raise awareness and support for WFP’s work providing nutritious free school meals to around 24 million children every year.”

#4 She is a big influence to her man

Mourinho has spoken publically about his biggest influences, telling Big Issue magazine his wife and daughter “are the bosses and control everything in our house.”

He added: “My wife and my son and my daughter have the biggest influence on me, that’s for sure.”

#5 She almost divorced her husband

Back in 2010, reports said Mourinho was ready to go through to divorce his wife Matilde Faria for his a Kenyan flame.